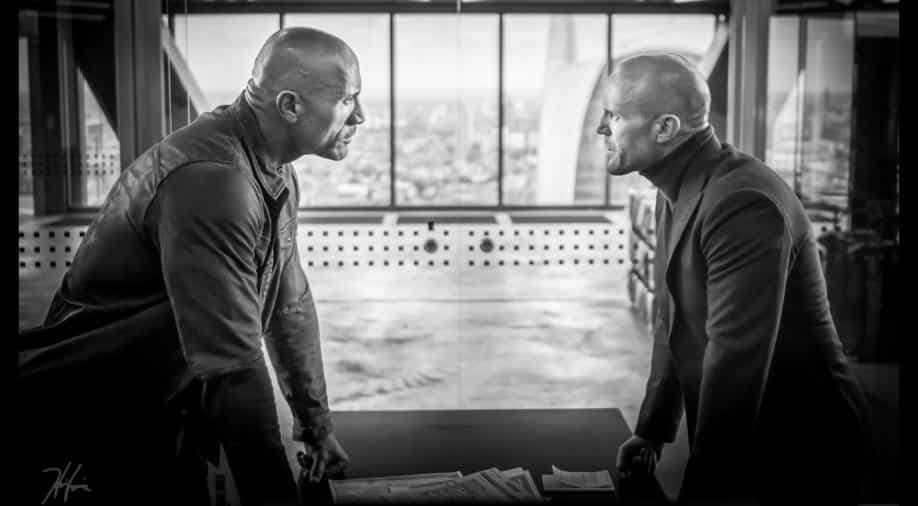 Makers of ‘Hobbs and Shaw’ released the first look of the film starring Dwayne Johnson and Jason Statham as they feature in the first of many Fast and Furious spinoff. The two will be seen reprising their roles as law enforcement Diplomatic Security Service agent Luke Hobbs played by Dwayne and assassin Deckard Shaw played by Jason.

The Rock also shared the first look of his film and captioned the photo: "We either gonna get along or we gonna get it on."

FIRST LOOK: HOBBS & SHAW. We either gonna get along or we gonna get it on.
Fuck getting along 😈
Great first week of shooting our Fast & Furious spin-off, “HOBBS & SHAW” with my ace… https://t.co/R98jnVea4z

The film also stars Idris Elba who will play the villain. Joining the cast will also be ‘The Crown’ star Vanessa Kirby who was also seen in ‘Mission: Impossible — Fallout.’

The script is written by longtime franchise writer Chris Morgan as ‘Deadpool 2’ director David Leitch gets behind the camera.