No more hidden! Malaika Arora-Arjun Kapoor celebrate New Year together as a couple 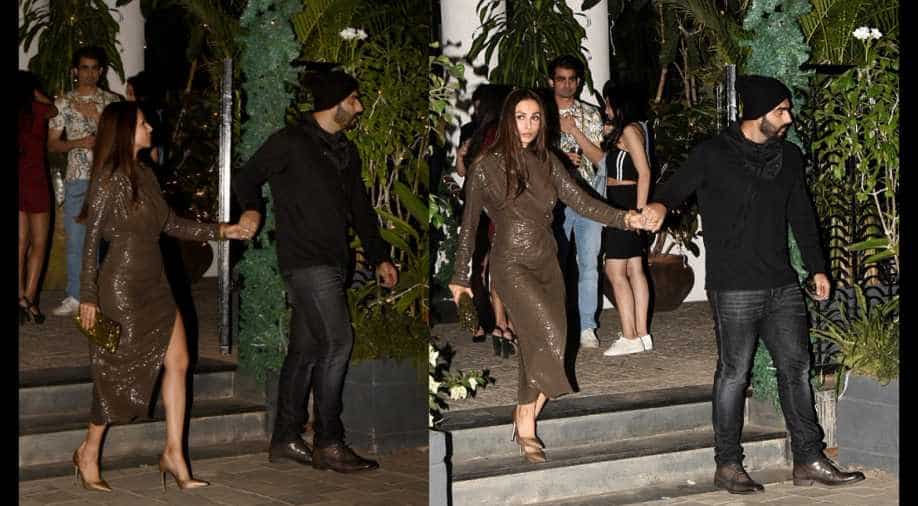 The duo has been seen together on multiple occasions but this is almost like taking it to another level publicly.

It was a good New Year’s eve for rumoured lovebirds Arjun Kapoor and Malaika Arora who were spotted last night a popular club in Mumbai, hand-in-hand.

Making it official publicly, more than ever, Arjun and Malaika looked set to not hide their relationship as they seemed comfortable being clicked while walking linked to each other. Malaika opted for a brown shimmery dress that accentuated her body curves while Arjun kept it casual.

They were earlier spotted in the same attire at Sanjay Kapoor and his wife Maheep’s party at their Mumbai residence.

There is news that the two might even get married in the new year. Recently, Malaika dropped the ‘Khan’ surname from her Instagram handle. It became quite a news on the social media channel.