New poster of 'Shakeela' biopic starring Richa Chadha wants you to raise the new year toast to her name! 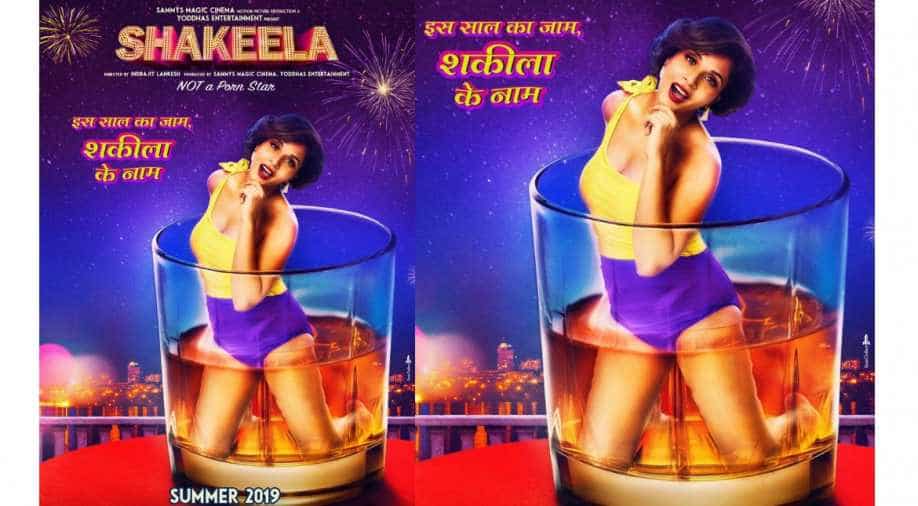 In an earlier poster released, actress Richa Chadha who plays Shakeela in the film is shown covered in authentic gold jewellery, a staple element of glamour in Kerala- the state the former star belongs to.

Richa Chadha’s ‘Shakeela’ released another poster for the film as it asks people to raise a toast in the name of the former South Indian star who got famous for her bold roles in adult films. See the first poster!

The poster released will remind you of the glossy 90s era as Richa is seen inside of a glass bearing some alcohol.

‘Shakeela’ is a biographical drama that is based on the life of the star with the same name.

Talking about the film, director Indrajit Lankesh had earlier said, "I always wanted to make a film on Shakeela. I was immensely impressed with her on-screen and off-screen personality. I wanted to portray her story, the hardships and rough phase when she was not getting films and was trying for character roles. I wanted to show the true story behind the superstar Shakeela."

One an earlier occasion, actress Richa also said, "She was a brave soul who defied the norms of the business during her time and her story was much more than what people know of. To essay, the role of a living being is additional responsibility on me as actor and team as the makers of the film."

Produced by Sammy's Magic Cinema and Yoddhas Entertainment, the film also stars Pankaj Tripathi in a key role and is set to hit the screens in summer, 2019.