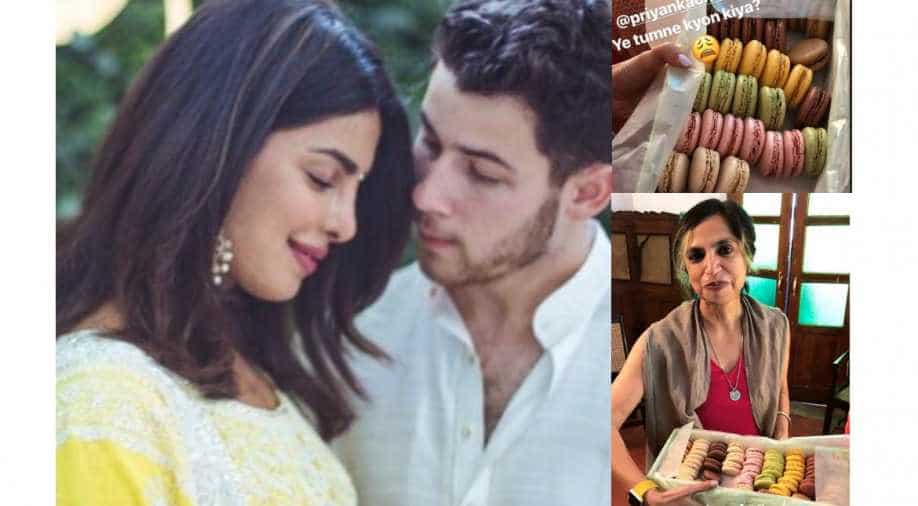 It is being said that Priyanka Chopra will tie the knot with Nick Jonas on December 2 at Umaid Bhawan Palace in Jodhpur.

While we are not fully recovered from Deepika Padukone and Ranveer Singh’s stunning wedding photos, Priyanka Chopra’s wedding festivities have already begun.

Surprising her co-stars and director of her upcoming film ‘Sky is Pink’, Priyanka sent a box full of macaroons, in place of traditional sweets that are usually exchanged at the start of any happy event.

The sweets came from Paris, where Priyanka was shopping with her mother, Madhu Chopra. Farhan Akhtar, her co-star of the film, shared some cute images of the macaroons that were specially curated from French luxury dessert brand, Maison Laduree. The film’s costume designer, Eka Lakhani, also shared pictures of the ‘shaadi ke laddoos’ on her Instagram.

We earlier told you how Priyanka and Nick are planning to tie the knot in the royal palace in Jodhpur, Taj Umaid Bhawan Palace. See pictures of the venue here. Media reports suggest that the wedding will take place on December 2 here. Additional sources suggest that there will also be a Christian wedding on December 3 at the palace. The bridesmaids are expected to wear Ralph Lauren.

Social media pictures and reports also suggest that Nick is headed to India with his parents to oversee the venue and maybe also organise a few things for his ladylove.

The wedding will see some Hollywood celebrities come over to celebrate the wedding and Priyanka wants no stone unturned in giving them a pleasurable experience of an Indian wedding. A source was quoted as saying: “Though Prince Harry and Meghan, the Duchess of Sussex, may not make it, many Hollywood names are expected. Since it will be their first brush with an Indian wedding, Priyanka wants to make it special.”