Priyanka Chopra and Nick Jonas to have Christian wedding; here are the details 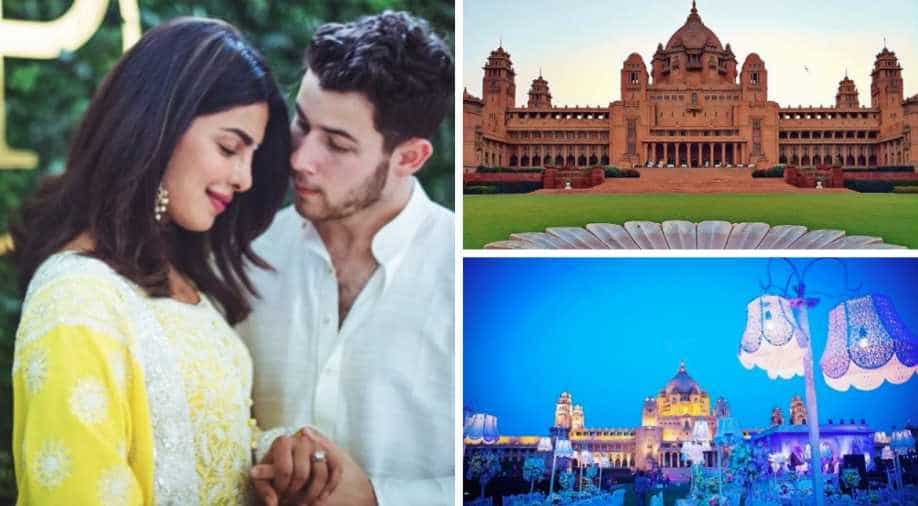 Latest reports suggest that much like DeepVeer, Priyanka and Nick will have two wedding ceremonies, keeping in mind both their backgrounds.

The wedding season has just begun in Bollywood. After Deepika Padukone and Ranveer Singh's dream-like wedding at Lake Como, Italy, Priyanka Chopra and Nick Jonas are all set to tie the knot in Umaid Bhawan Palace in Jodhpur in December.

"Both ceremonies will take place at the Umaid Bhawan Palace in Jodhpur. While the bridal trousseau will be an Abu Jani-Sandeep Khosla creation, she will sport a Ralph Lauren ensemble for the Christian wedding. The couple will exchange Tiffany wedding bands," a source was quoted as saying to a daily.

Reports also suggest that Nick will be flying down to India over the weekend to prepare for his Sangeet function. Priyanka is currently in Delhi shooting for 'Sky Is Pink'opposite Farhan Akhtar and is expected to wrap up work and reach Jodhpur on November 28th. Also read: Priyanka Chopra to perform at Isha Ambani-Anand Piramal's sangeet ceremony?

The pre-wedding functions will start from November 29th and the wedding is reportedly on 2nd December. The Christian ceremony is likely to take place on 3rd December.

An entertainment portal earlier reported that Nick will be performing with his troupe on Sangeet night. The act will be 45 minutes long and event organisers have already been informed about it. Priyanka's act will be choreographed by Ganesh Hegde. The bride and groom are expected to perform together on few songs.

Recently, pictures of the wedding invite started making rounds on the internet. KNown to be unconventional with her choices, Priyanka replaced the ‘shaddi ka laddoo’ with French macaroons.

The pastel green invitation box with golden detailing on it looks elegant, and the macaroons have been specially ordered from Paris by Priyanka.