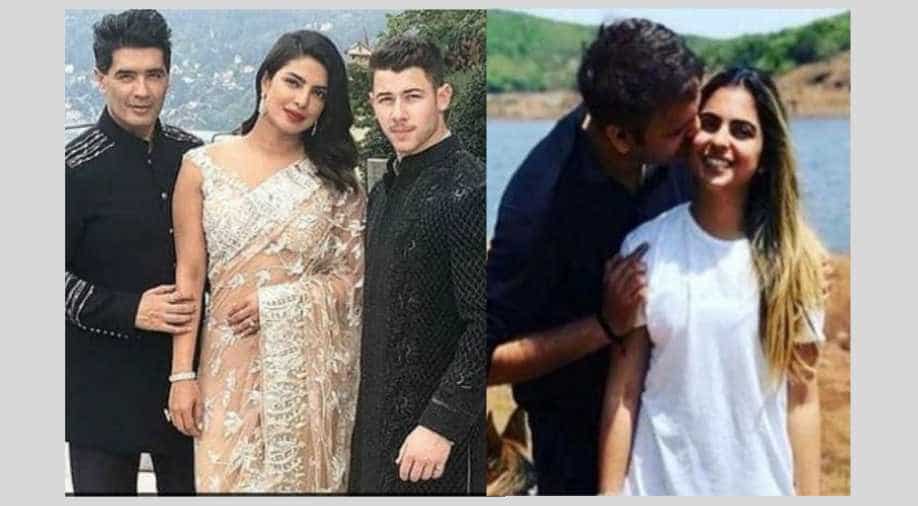 Isha Ambani and Priyanka Chopra are quite close and Isha was earlier spotted at Priyanka's bachelorette trip to Amsterdam.

Now that we are satiated with Deepika Padukone and Ranveer Singh wedding pictures of Lake Como, there are two more weddings to watch out. Yes, if reports are to be believed, there are two mega-budget weddings planned for the month of December -- Priyanka Chopra with Nick Jonas and Isha Ambani with Anand Piramal.

Interestingly, as both Priyanka and Isha are quite close to each other,  it’s safe to assume that both parties will be present in each other’s wedding. And that’s not it as new reports suggest that bestie Priyanka might even perform at Isha’s wedding ceremony.

Several media reports suggest that Priyanka will shake a leg at the sangeet ceremony of Isha Ambani. Priyanka is said to have started practising for the big day as the performance will be a part of a group. Reportedly, several Bollywood celebs are expected to perform at the two-day ceremony on December 8 and 9.

Isha was earlier spotted at Priyanka’s bachelorette trip to Amsterdam. The girl gang posted some envious photos from the bachelorette that looked like a lot of fun. Prior to this, Priyanka was seen at Isha’s engagement party in Lake Como, Italy along with fiance Nick Jonas.

As a matter-of-fact, Priyanka made her first public appearance with Nick Jonas as a pair in India at Akash Ambani and Shloka Mehta's engagement. Priyanka had then stunned in a red saree while Nick was dressed in a suit.

Priyanka is also said to tie the knot on December 2 in Jodhpur, India. While Isha will get married on December 12 in Mumbai.