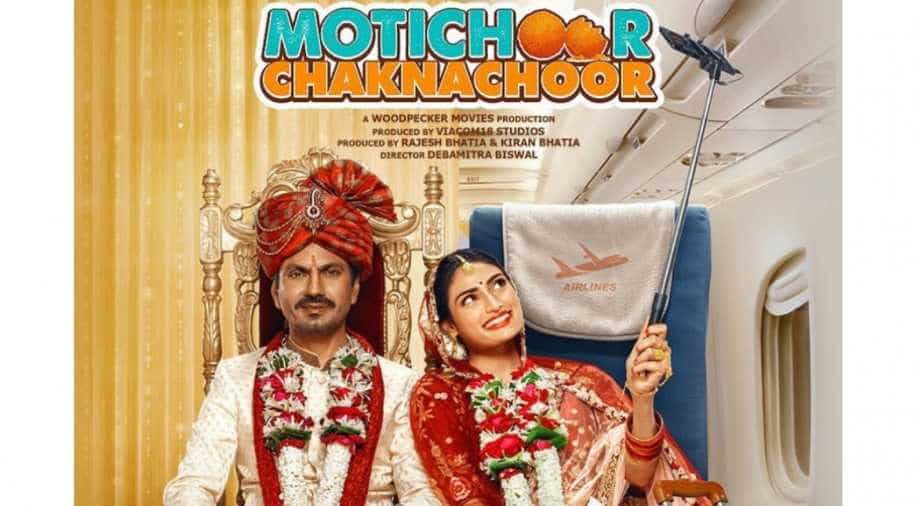 According to a report, a local distributor has claimed the right of the movie, calling for a stay on the movie.

As the release date of their film comes closer, Nawazuddin Siddiqui and Athiya Shetty’s ‘Motichoor Chaknachoor’ has come into trouble with a copyright violation case. Slated for a theatrical release on November 15, a Bihar civil court has reportedly ordered stay on the film.

According to a report, a local distributor has claimed the right of the movie, calling for a stay on the movie. He has also presented relevant documents to support his claim.

This is the second time that the film has come under legal trouble. Previously in October, a petition was raised against Woodpecker Movies Private Limited's Rajesh Bhatia by the movie’s director Debamitra Biswal due to an unfulfilled payment of Rs 11 lakh.

According to Biswal, she had creative differences with one of the makers Rajesh Bhatia during the editing, due to which she had received a service termination notice. Her petition had demanded a stay on the release of the movie’s trailer which was later lifted.

'Motichoor Chakhnachoor' is the story about a 36-year-old man, Pushpender, who tries to find a wife for himself and can go to any length. Meanwhile, Athiya plays a girl who is also looking out to get married but she wants to marry an NRI so that she can get settled abroad.