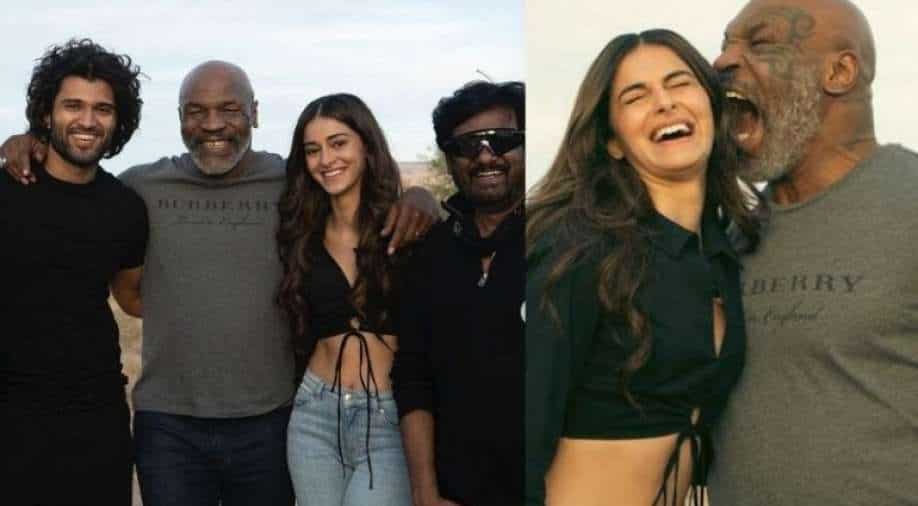 Mike Tyson on the set of 'Ligar' Photograph:( Twitter )

The movie, which marks Tyson debut in the Indian film industry got a warm welcome on the set of 'Ligar', reports suggest. The team organised a special Indian lunch for Tyson and his wife Kiki and you will be amazed about what Tyson specially asked for his special meal.

Also read: Amid NCB probe, what happens to Ananya Panday's films which are on floor?

Helmed by popular filmmaker Puri Jagannadh, the team of ‘Liger‘ is currently in Las Vegas shooting.

The team also had a photo section with the champion. Sharing a series of photos on the social media handle of the movie, they wrote, “LIGER Team having the best time working with the Supercool LEGEND @miketyson, a man full of heart. (sic)”

In the pictures, the team can be seen posing with the boxing legend.

For the unversed, Tyson famously bit Evander Holyfield’s right ear during a 1997 boxing match. The bout is infamously referred to as ‘The Bite Fight’.

Considered to be one of the greatest heavyweight boxers of all time, Tyson most famously played a fictionalised version of himself in the 2009 film 'The Hangover' and its 2011 sequel 'The Hangover Part II'.

The movie, which stars Vijay as a boxer, is a pan-Indian film set to release in five languages - Hindi, Telugu, Tamil, Malayalam, and Kannada. Earlier scheduled to release on September 9 this year, it was postponed due to the Covid-19 pandemic.

The new release date hasn’t been announced yet.