Madhuri Dixit to WION: Digital platform reaches out to a global audience but magic of cinema halls will stay 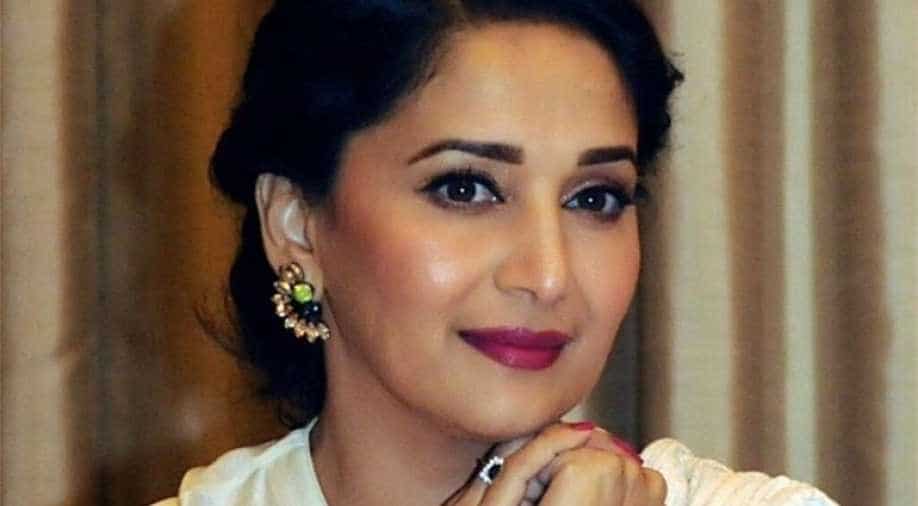 Madhuri Dxit Nene speaks to WION about her new single 'Candle' and the future of theatres in the age of digitization.

The outbreak of coronavirus has not only pushed all of us inside our homes but led to a digital revolution of sorts. From meetings to entertainment- everything has gone digital. Amid lockdown, entertainers have opted to reach out to their fans on the digital space with new songs, live chats and even exclusive digital premieres. Bollywood superstar Madhuri Dixit-Nene, who recently released her debut single ‘Candle’ on Facebook and Instagram, feels digital space has immense potential and its reach is wider.

“Content on digital has the power to reach a global audience and its great,” says the actress in an exclusive chat with WION. The actress was one of the early celebrities to tap into the potential of digital space when a few years back she started her dance tutorial videos ‘Dance With Madhuri’ on the digital space. Dixit credits her husband Dr Shriram Nene for being futuristic. “My husband is very good at technology and he believed in the potential of the platform long back.

Eventually, all the screens are going to finally merge. How you consume your entertainment will be up to you- whether you go to the theatre or whether you watch it on your TV screen or you watch it while travelling on your phones.”

Thanks for all the good wishes and birthday love! Wanted to give some love back to you. Sharing an exclusive preview of my first ever single. Will share the song soon. It's called Candle and it's about hope, something we need in large supply right now.

Owing to the lockdown, several filmmakers are opting for a direct digital release of their films and there is a raging debate going on whether OTT platforms will completely replace theatres in the future. Dixit, who has ruled Bollywood for nearly three decades, feels that the magic of watching a film in theatre will never fade away. “So I think a few things will change but a few things will always be there like the whole experience of watching a film in a theatre and watching it with everyone- laughing and crying with everyone- that has a different feel altogether.”

“There will always be films made specifically for the big screen. Digital platforms are great for independent kind of movies, who want to tell stories their own way and in their own rhythm. When you release something on any of these OTT platforms, you reach out to a global audience immediately. And so you can make films the way you want to make them. In the language you want to make them and spread it across the universe,” she adds.

Happy, excited & a little nervous! Here's my first ever song, out for all of you to enjoy. #Candle out now exclusively on Facebook and Instagram. Hope you love it as much as we enjoyed creating it!

Dixit’s debut single ‘Candle’ has been exclusively premiered on social media platforms Facebook and Instagram. The actress states that the idea of the song came before the pandemic hit the world. She had recorded the song in Los Angeles. “People used to always ask me, ‘how have you overcome all the troubles in your life and maintained a sense of balance?’ And so I thought I should sing about that - When you're faced with difficulties in life, you feel like nothing is working for you, one has to reach within oneself. You'll have to create that spark or flame, which can burn really bright and emerge stronger. So that was the spirit that I wanted to convey through the song.”

Produced by Dixit and Dr Nene along with Narinder Singh (who also composed the song) and penned by Michael Ochs.
“We associate a candle with peace, hope. It is a metaphor for positivity. The whole world is going through a sense of despair right now. And we thought maybe this is the when we can release a song and say, you know, that there is hope, please don't give up on hope, positivity, faith. The idea was to make people realise that it's okay. You know, we are going to come out of this stronger together. So, this song was conceptualised before the COVID crisis hit but the video was shot amid lockdown.”

The video has Dixit singing with montage shots of health workers who are working round the clock to combat the deadly disease. “We were very clear that we wanted to pay our tribute to the frontline workers who are (in this case) the candles that are burning the brightest right now. They are risking their lives. They're staying away from their children, their family and working to keep us safe and healthy. Then, there daily wage workers who are also suffering a lot due to this pandemic -so these are the candles who are burning the brightest, and we paid an ode to them through this song,” the actress added.

Commenting on the incidents of violence against healthcare workers in Indore a month back, the actress said that one needs to understand the plight of healthcare workers and their sacrifice for society. "They have to be respected.”

Dixit revealed how her husband helped her in filming her portions in the video, at their Mumbai home. Her family, which includes her two teenage sons, often get into jam sessions. “My husband plays the guitar, my two sons know how to play the tabla and the piano. They’ve been learning from a young age and are interested in music.”

Huge shout out to all of you, for your generosity! Please let’s continue supporting the war against Covid-19. If you missed the concert, watch it now, link in bio. Click on the video to donate, 100% of proceeds go to the India COVID Response Fund by @give_india #SocialForGood

Dixit along with her husband turned producers in 2019 and made a Marathi film called 'Bucket List' which had her playing the lead role. There is one more Marathi film in the pipeline, she reveals and states that she is not against the idea of producing a Hindi film in the near future. She is also set to make her digital debut in a web series that’s been produced by Karan Johar’s Dharma Production.

Before we sign off, we ask- after all these years, having achieved so many accolades for her work and earning superstardom, what keeps her going?

“I think the thirst to learn more, do more. It's just that art is like part of my life. And it's something that I love doing.”