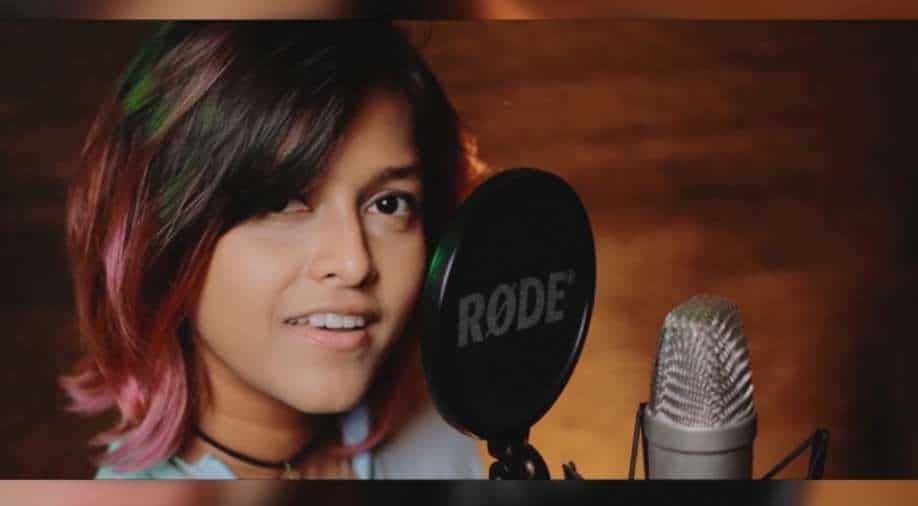 "I have sung Hindi songs like twice but those were like smaller sections. But, this was an actual song," Yohani tells WION about her Bollywood debut with Sunny Kaushal-Radhika Madan's movie 'Shiddat' title track.

'Manike Mage Hithe' by Sinhalese singer Yohani Diloka De Silva is trending the world over for her song's unique tune and that soothing voice. The viral sensation has recently made her Bollywood debut with the title track of Sunny Kaushal-Radhika Madan’s ‘Shiddat’.

In an exclusive chat with WION, Yohani tells us about her dreams and hopes for the future, why she doesn’t think her next song is going to be just as popular, and reveals her favourite Bollywood numbers till date. Read for more...

WION: I want to start by asking you about the song. Tell us a little bit about it. What does it mean? ‘Manike Mage Hithe’ has, of course, taken over social media.

YOHANI: So, originally, the song is sung by a boy to a girl. To summarise, Manike is something we call someone we love like ‘baby’, ‘darling’ or ‘babe’. Mage Hithe means in my heart. So, it means: baby in my heart. And this entire song is a love story.

WION: Now your expressions, as we see, have stolen the hearts of millions around the world. People, in fact, from different countries are swaying to the lyrics of the song without even understanding them, which, in essence, shows us the power of music to transcend boundaries. How are you handling this fame?

YOHANI: I am so humbled by it (love and appreciation) because this is the first time a song has crossed boundaries from Sri Lanka and to this extent. As a country and as a nation, we are really proud of it.

WION: Did you anticipate the amount of attention this song has received and what was your first reaction when you realised the song has gone viral? Secondly, do you plan on making more such songs to keep the trending aspect going?

YOHANI: Well, we definitely did not plan for this (song) to go this viral, especially out of Sri Lanka. I mean, I have done so many songs in the past but nothing has ever gone out of Sri Lanka (in terms of reach) and to this extent. We did not plan it and for the next songs that I am doing, I am definitely not looking at the numbers. I just want to (make) music. I just want to produce music that I like and that I enjoy producing. I am not too sure it’s going to go viral like this. But, then, I am happy making songs that I like and that I enjoy making.

WION: Did you always have an inclination towards making music because you were also heavily involved in sports. We hear that you are a celebrated swimmer and a water polo player.

YOHANI: Yes (laughs!), well that’s the first time this question has come up. I am a swimmer and a water polo player and I have been playing for a very long time since I was in school. Along with sports, I did music simultaneously and was in a Western music band. Those two kind of blend together. Yes, music has always been a big part of me.

WION: The big question is: what lies next ahead of you, with your song hitting more than a 100 million views.

YOHANI: As I said, this wasn’t planned at all. This (song) going viral wasn’t planned. My main objective for this year and the year after was finishing my album. The process (of getting it done) is still on.

WION: You also recently recorded your first Bollywood song for ‘Shiddat’. Can you tell us a bit about that?

YOHANI: Yes, that was a really tough thing to do because of the language (Hindi). I have sung Hindi songs like twice but those were like smaller sections. But, this was an actual song.

YOHANI: I like songs such as ‘Pehla Nasha’ (Jo Jeeta Wohi Sikandar/ 1992), ‘Hosanna’ both Tamil and Hindi versions (Vinnaithaandi Varuvaayaa in 2010 and Ekk Deewana Tha in 2012, respectively). As Sri Lankans, we are heavily influenced by Bollywood music and we listen to it all the time. We, as a nation, are a fan of Bollywood music. I enjoy different artists and genres of music.