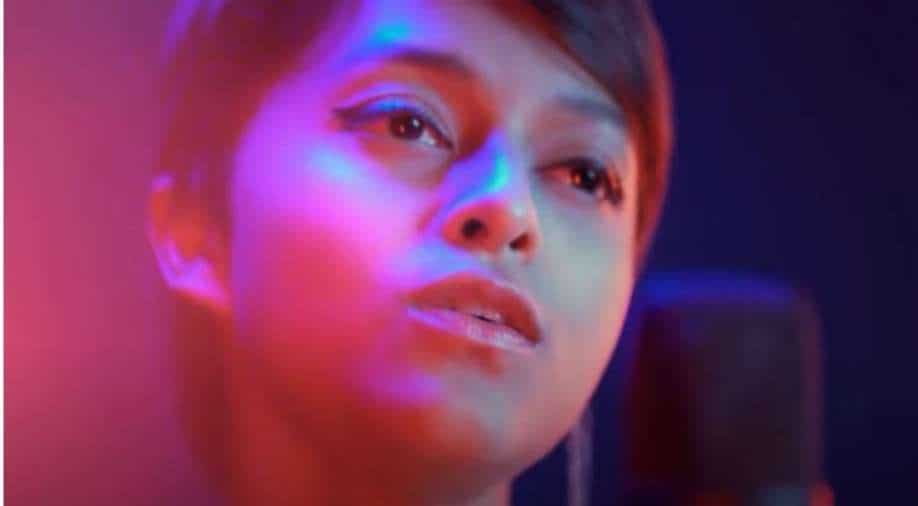 Sri Lankan singer Yohani has created a storm with her hit 'Manike Mage Hithe' in the past few weeks.

Sri Lankan singer Yohani has created a storm with her hit 'Manike Mage Hithe' in the past few weeks. The 28-year-old singer's song is one of the most played songs on social media, with several singers doing a cover version in various other languages of it. After the stupendous success of the single, it was just a matter of time before Bollywood would rope the young star to do playback for Hindi films.

On Tuesday, Yohani's first cover of a Bollywood film was unveiled. The star has done a soulful rendition of the title track of the upcoming film 'Shiddat' which features Sunny Kaushal and Radhika Madan in the lead.

The singer shared the song on her YouTube channel and called it the official female version of the song. 'Shiddat' has been originally sung and composed by Manan Bhardwaj. Sung in her signature style, Yohani totally transports the listeners to a musical journey as she sings beautifully the song. Whether the song features in the film is something that we will have to wait and watch.

Yohani spoke exclusively to WION a few days back and revealed that she is at present prepping for her India tour- news that is surely a piece of music to the ears of her Indian fans.

She also expressed that in Bollywood she would like to work with the likes of AR Rahman, Sonu Nigam, Arijit Singh, DIVINE and Badshah. Read the full chat here.

Well, with the soulful rendition of 'Shiddat', we think Yohani just got a step closer to her dream.

'Shiddat' releases on Disney+Hotstar on October 1.