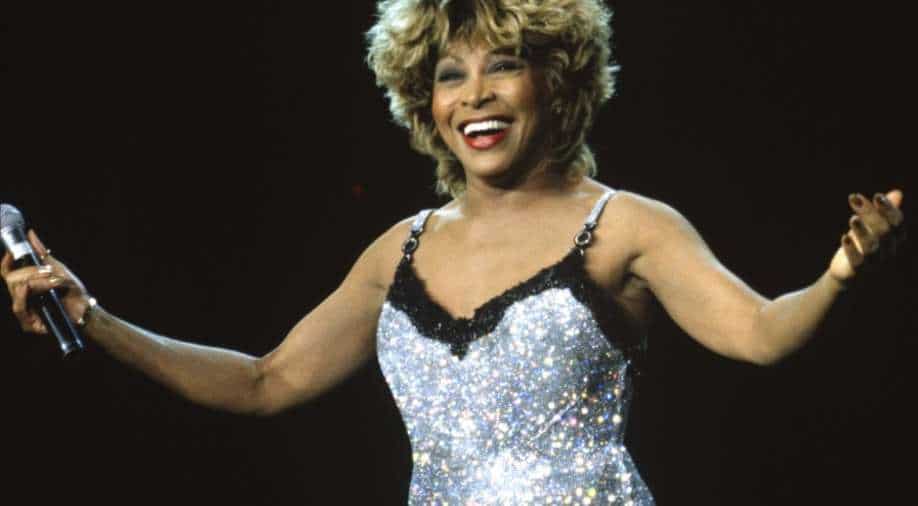 Tina Turner in her iconic Versace dress Photograph:( Others )

“Tina hated Versace! She was all about Armani,” her former stylist said, reportedly.

One of rock ‘n’ roll’s most iconic tour costumes will get the NFT treatment at Miami’s Art Basel — and it’s couture.

Tina Turner’s famous Versace dress that she had worn during her tour in the ’90s is on its way to becoming an NFT, all thanks to her former stylist Wayne Scot Lukas.

Lukas had created the skirt and blouse combination in Swarovski crystals with the late Gianni Versace. Reports say NFT company ViciNFT will auction it at NFT BZL during Miami Art Week, which starts at November 30.

The NFT will also include 111 images of supermodel Kara Young modeling the dress, its original sketches and fashion notes coming straightly from Lukas and Versace, and an excerpt from Lukas’ upcoming memoir about the origins of the dress, titled 'Simply the Test'.

“Tina wasn’t going to wear the dress because it arrived to opening night of her show in Paris so late. It needed a police escort to get to the venue,” Lukas told a news outlet.

“I fell on my knees and cried. When she’s coming out of the floor [of the stage] and she’s in the dress singing her opening number with 69,000 fans singing ‘Simply the Best’ in French accents, I felt like I finally made it,” he added.

Lukas had mentioned in the past that he had despised Donatella Versace for taking all the credit for the dress, when he was the one who had actually designed it and convinced Turner to wear it in the first place.
“Tina hated Versace! She was all about Armani,” he said, reportedly.

In fact, he added that the singer she was so against wearing Versace that it had created little differences between her and Elton John.

“She fought with Elton John because — at [VH1’s] “Divas Live” — she told him, ‘Versace makes him look fat,’ or heavy, or something like that. ‘You need tailored clothes by Georgio Armani,’” Lukas said.

Part of the proceeds from the NFT sale will go to Christy Turlington Burns’ Every Mother Counts charity and Action Against Hunger, a charity Kara Young supports.