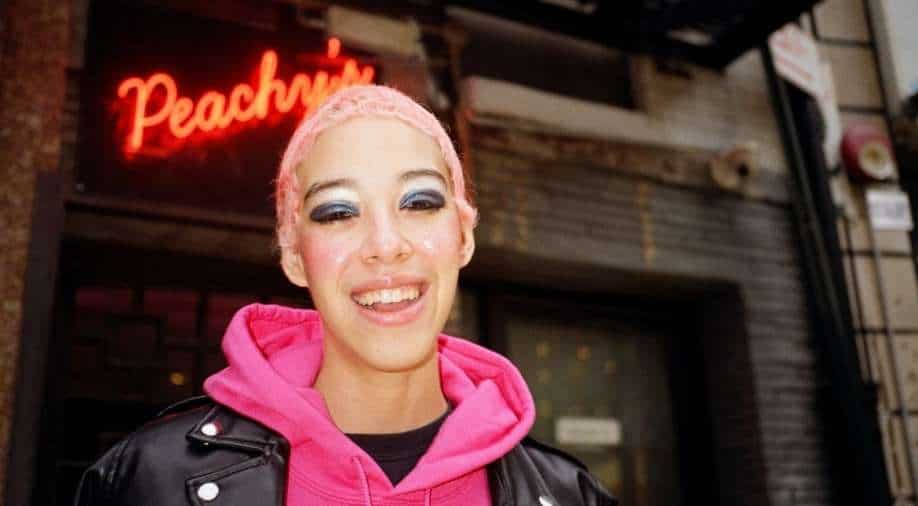 After years of romanticising “no-makeup makeup,” a catchall for the products to give the illusion of a “bare” (yet perfect) face, people are opting for self-expression as they weigh their appearance in a largely post-lockdown world.

Sarah Weingartz, 18, became a makeup expert during her senior year of high school. Her days were spent in Zoom classes and at a part-time job at McDonald’s, and her nights on FaceTime, where she would connect with two classmates, usually around midnight, put on a bunch of eye shadow and lipstick, wipe it off and then go to sleep.

During the thick of quarantine, Weingartz, who never wore makeup prepandemic, stocked up on vibrant pencils, powders and palettes. She studied cat-eye techniques from Kall Me Kris, aka Kris Collins, a Canadian TikToker with more than 40 million followers, and experimented with blue shadow and eyeliner, now staples in her growing makeup collection.

“I started with a basic wing and got more and more fancy as it went on,” Weingartz said of her eyeliner journey. “It snowballed from there.”

Now she draws an exaggerated wing that “swoops up” and extends beyond the outer corner of her eye and uses white liner on her waterline to make her eyes “pop.” When she feels like it, she smudges on some red or blue eye shadow. Black women make waves in hair care

This is what the new way to wear makeup is all about.

After years of romanticising “no-makeup makeup,” a catchall for the products to give the illusion of a “bare” (yet perfect) face, people are opting for self-expression as they weigh their appearance in a largely post-lockdown world. Many are back to socialising, eating out, vacationing, going to the office and events and, soon, holiday parties, and they’re hungry for ways to express their individuality.

“There is a huge collision of cultural trends that are affecting the reinvention of makeup,” said Sam Cheow, global head of makeup innovation, portfolio and product development of the Estée Lauder Cos., including lockdowns, social media, Gen Z and a more discerning shopper. “People hate to be told that ‘this is the trend.’”

It’s why the pandemic ignited a makeup rebirth in terms of how we apply it, the products and colors we use, and our attitudes toward beauty. Modern makeup is meant to reflect what’s going on inside; it isn’t about looking hot or as if you’re not wearing any at all — it’s colorful, expressive, imperfect and meant to be seen.

Best bars in the world 2021 revealed, New Delhi's Sidecar only Indian entry to make the list

According to 1010data, which analyzes consumer habits, online makeup sales in the United States (lip, eye and face categories combined) have increased by 29% in 2021, compared with 2019.

“People are coming to the realization that makeup is a way to celebrate your femininity and personality,” said Violette Serrat, a makeup artist and the founder of Violette_Fr. “It’s finally happening.”

So what will makeup look like and how will we wear it?

After years of perfecting imperceptible makeup, the kind designed to conceal, contour and highlight, something new is afoot. It’s not a heavy-handed, complicated look that demands a 35-shade eye shadow palette and a 30-minute YouTube tutorial. Nor is it the kind of makeup that, like shapewear, you’re not supposed to see but which is quietly rearranging your body into something more palatable for men.

“A ‘no-makeup makeup’ look implies that you’re trying to cover up something,” said Maria Salcedo, senior vice president for merchandising at Ulta Beauty. The store is phasing out the term.

Enter “girl gaze” makeup, a new middle ground that’s expressive yet still simple in its application and, most important, wearable. A single wash of metallic pink shadow over the entire lid or blue eye “paint” used as liner doesn’t require much time (or skill).

It’s not revolutionary, but it is an evolution of the painstakingly pink Glossier era. Dewy-faced teens and millennials still want to look dewy but with twinkling yellow-gold liquid eye shadow. Real skin is in; the full-coverage foundation of the contouring heyday — which took place roughly between 2015 and 2019 — is out.

Doniella Davy, makeup designer for HBO’s “Euphoria,” believes makeup should be something you wear for yourself, she said, not because you feel pressure to contour your nose or cheeks to give the illusion of perfect bone structure (although that’s perfectly fine, too).

She urges people to think about makeup less “correctively.”

“There is a world where you can wear the pink eye shadow and not do the concealer,” Davy said.

‘Time to Be Seen’

Mascara, eyeliner, eyebrow enhancers, false lashes and eye shadow are a bright spot for beauty. The eyes are the only visible part of the face in a mask, but they’re also the feature that allows for the most expression and creativity.

“There is this inner urge to peacock out somewhere,” said Shireen Jiwan, founder and CEO of Sleuth Brand Consulting. “Maybe we’re not willing to peacock in 3-inch heels, but we are in a blue eye shadow.”

Overall, online eye makeup sales in the United States have been 47% higher in 2021 than in 2019, according to 1010data. That’s more than double the rise in sales in the lip or face categories in the same time period.

“Now is the time to be seen,” said Tereza Kurbasa, 41, an administrative assistant in Melbourne, Australia. “Everyone is going to go crazy.” She celebrated the end of Melbourne’s sixth lockdown with shimmery eye shadow and lunch with friends, her first time in a restaurant in months.

“I didn’t get the chance to add my LoveSeen lashes, but they will be used hopefully soon,” she said. (LoveSeen is the new line of fake lashes from former J. Crew executive Jenna Lyons.)

Alanna McDonald, president of Maybelline, said that its Sky High mascara, which hit shelves in January, is one of the top sellers of the year.

“It’s a real customer insight about the desire to wear makeup for everything you missed,” she said of the company’s makeup business, now disproportionately driven by eye and lip products.

Similarly, E.l.f. Cosmetics has had success with its Big Mood mascara, which came out in August, and the No Budge Shadow Stick, a collection of 12 metallic eye shadow pencils that come in neutral beige to vibrant sapphire.

Raynell Steward, founder and chief executive of the Crayon Case, a school supply-inspired line of makeup, is seeing demand for bold eye shadow.

“People that were never into color are more into color now,” Steward said, adding that she had trouble keeping an 18-shade Box of Crayons palette and mini eye shadow “notepads,” especially in green, in stock.

“The nude palettes are not selling,” she said.

The New Blue and Monochromatic Lids

Beauty industry experts say complicated eye motifs — think over-the-top shadow with eyebrows that look as if they were drawn on with a Sharpie — are passé.

Serrat suggests a single wash of color painted over the entire lid (blue is her favorite), applied with a brush or your finger. Depending on your mood, the end result can be intense and opaque, light like a watercolor or somewhere in the middle.

With Violette_Fr’s Yeux Paint, a liquid eye color that doubles as a liner, you can swipe it across your lid and blend to your liking or paint a thick line along the lash line (wing optional) with a pretty easy-to-use applicator. A “twinkling” blue is the most popular color, Serrat said. (She thought it would be beige.) Two new shades came out in late October: a rich navy and an acid yellow gold.

“If you’re wearing a blue eye shadow but your hair is chill, your skin is kind of bare and you have a little gloss on, you still look like you,” Serrat said.

In some places, sales for yellow shadow tripled or quadrupled, Drew Elliott, the company’s global creative director, reported, a result, he said, of content and a “Yes to Yellow” campaign that kicked off last spring.

“This younger consumer knows their skin is textured,” said Eden Palmer, vice president for global brand at Morphe. “They’re OK with that and want to show it.”

It’s a sentiment shared industrywide. At brands and stores like Morphe, Nars, Sephora and Ulta, customers are opting for tinted moisturizer or skin tint over full-on foundation — to pair with a big-eye look, of course.

“People are excited to show their face again,” Jiwan said. “The only difference is that they’re showing it in a different way than they did before.”