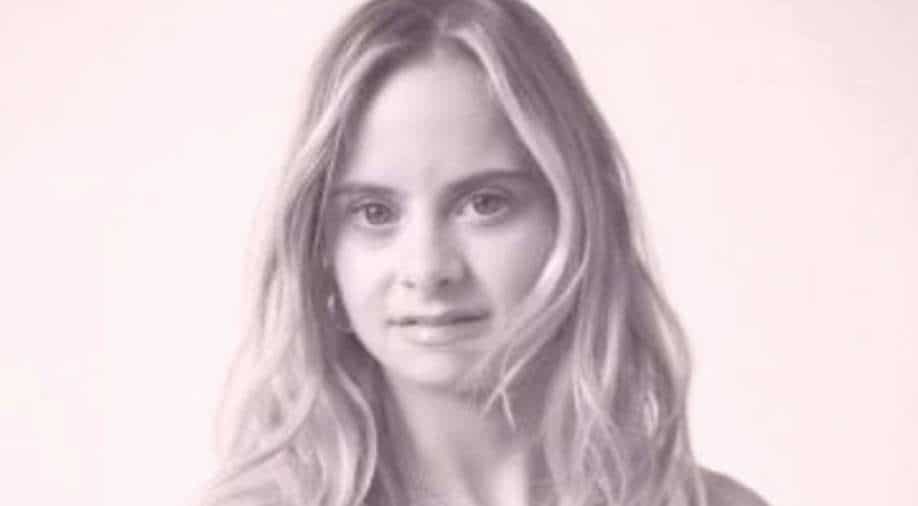 Sofia Jirau caught attention of the fashion industry when she made her debut at New York Fashion Week in 2020 Photograph:( Instagram )

Sofia first caught the attention of people when she made her ramp debut at New York Fashion Week in February 2020.

This week Puerto Rican model Sofia Jirau created history as she became the first person with Downs' Syndrome to ever pose for lingerie brand Victoria Secret.

The campaign in fact featured both professional as well as non-professional models, of all different skin tones, body sizes, and ages. Famous faces like Hailey Bieber, Taylor Hill and Adut Akech join Celilo Miles, an Indigenous wildland firefighter who poses with her helmet and Sylvia Buckler, an accessory designer and mom who holds her pregnancy bump in her portrait. Valentina Sampaio, who became the lingerie brand's first openly transgender model in 2019, is also in the campaign.

Sofia first caught the attention of people when she made her ramp debut at New York Fashion Week in February 2020. Her career since then has been soaring with multiple offers from top brands.

Sofia has found her own brand Alavett and considers the new gig for Victoria's Secret a 'dream come true' opportunity for her. But her photos have drawn in mixed responses online with many raising concerns over sexualizing an individual with Down's Syndrome.

"One day I dreamed of it, I worked on it and today it is a dream come true. I can finally tell you my big secret… I am the first Victoria's Secret model with Down syndrome," wrote Sofia on her Instagram page.

"Thanks to all of you for always supporting me in my projects. Thanks to @victoriassecret for seeing me as a #NoLimits model and making me part of the Love Cloud Collection inclusion campaign. This is just the beginning, now it's formed," she continued.

"Inside and out there are no limits, Alavett," she said, quoting her own brand, which is named after the English phrase 'I love it.'
Sofia shared a black and white image where she was seen wearing a floral bra from the brand. The young model has 167,000 followers on the photo sharing app.
The Love Cloud initiative for the lingerie brand comes at a time when the brand for years has been dissed for promoting a particular body type. It has been labeled as a 'transphobic, fat phobic company that excludes most women.
The new line has a string of intiatives such as its first mastectomy bra, racially diverse models promoting underwear in different skin tones, and hiring  transgender beauty Valentina Sampaio.