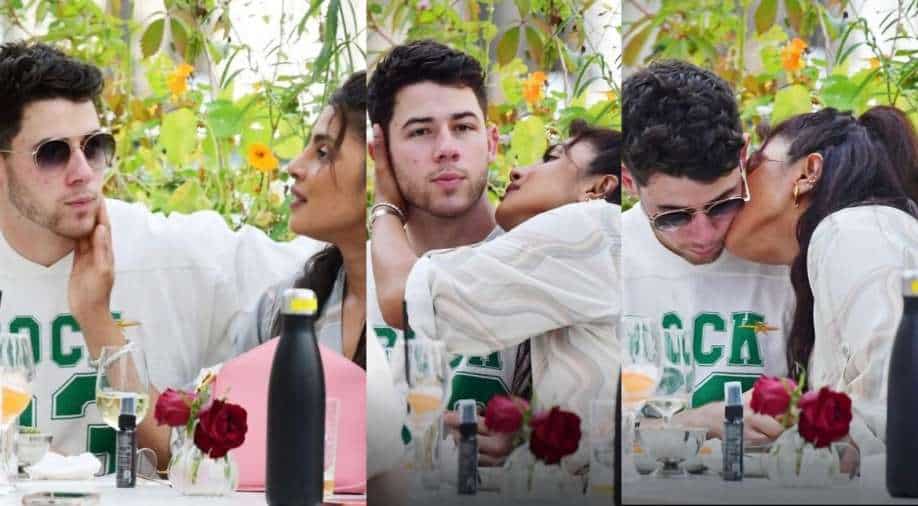 Priyanka and Nick were seen packing in some PDA at their last outing together Photograph:( Instagram )

Priyanka Chopra Jonas and her singer-actor husband Nick Jonas have been living apart owing to their respective work commitments. While Priyanka has been living in London for Russo brothers' 'Citadel', Nick is in LA.

Now, a new video of the duo being all lovey dovey has emerged on social media.

And keeping them company is Priyanka's mother, Madhu Chopra.

Shared on one of the coupe's Instagram fan accounts, the video shows Priyanka Chopra Jonas and Nick Jonas packing in some PDA while people around them looked on.

"Awww so cute. The kissing and hand holding at the end of this video is everything," a fan commented. "What an adorable violation of privacy," another person joked.

When Nick Jonas had first arrived in London to be with her, PC took to Instagram to announce their reunion. "He's home."

Recently, Priyanka Chopra Jonas—who has been busy shooting for her upcoming show 'Citadel' in London—took some time out to enjoy summer days in London.

After spending quality time and touring around the picturesque city with her friends and dogs, Chopra later dumped her pictures on her Instagram account, which was then followed by yet another ravishing photo of herself on her social media account.

Dressed in a white plunging neckline-outfit, Priyanka can be seen sporting beach waves with nude, barely there make-up complementing her overall look. She captioned the picture as, "#selfiemode #citadel (sic)."