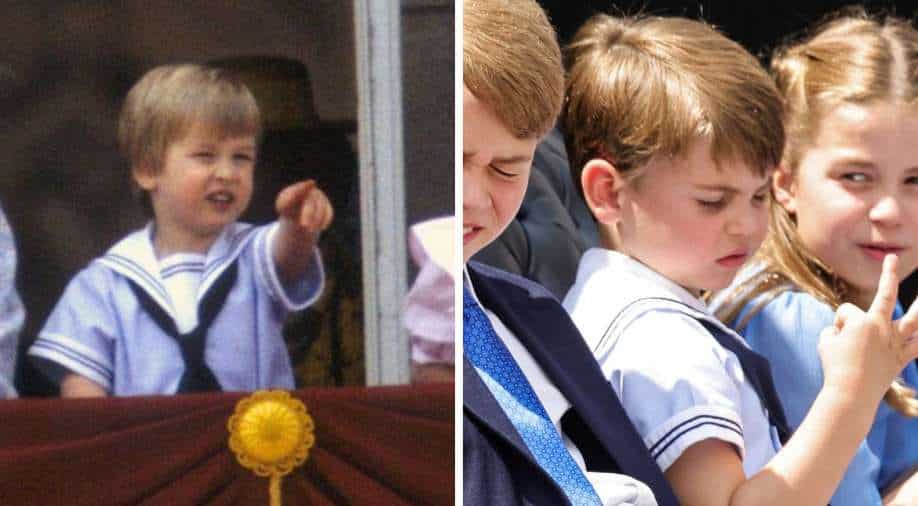 Britain kickstarted the four-day celebration to mark the Queen's 70 years on the throne on Thursday.

Prince Louis wears a blue sailor suit to the Trooping the Colour parade that was once worn by dad Prince William
It was truly a throwback Thursday for Britain's Prince Louis as he stepped out with his older siblings- Prince George and Princess Charlotte - along with parents Prince William and Kate Middleton joined Queen Elizabeth II for the Trooping the Colour parade. The four-year-old Louis was seen wearing the same mini sailor suit that his father had worn in 1985 at the age of 2!

Britain kickstarted the four-day celebration to mark the Queen's 70 years on the throne on Thursday.

William and Kate's three children joined the parade for the first time on Thursday and politely waved at the cheering crown and paps as their carriage made its way to the Buckingham Palace. They came along with their mother Kate and Duchess of Cornwall, Camila.

Later the three made an appearance with other members of the royal family on the Buckingham Palace balcony to witness the Royal Air Force flypast. Several jets flew in formation to form the number 70 in honour of the Queen`s long reign.

This isn't the first time one of  William's children has worn a hand-me-down from their father's closet. In 2015, 2-year-old Prince George, making his own Trooping debut on the Buckingham Palace balcony, wore a baby blue romper 31 years after William had worn the same outfit for the same occasion.

In 2019, Louis made his own balcony debut in uncle Harry's outfit. Harry had worn the blue-and-white shirt with matching shorts back in 1986 and had been pictured in his mother's arms, Princess Diana's arm on the same balcony.

Kate Middleton, Duchess of Cambridge, wore a white Alexander McQueen dress and a white and blue hat along with earrings that once belonged to Princess Diana. 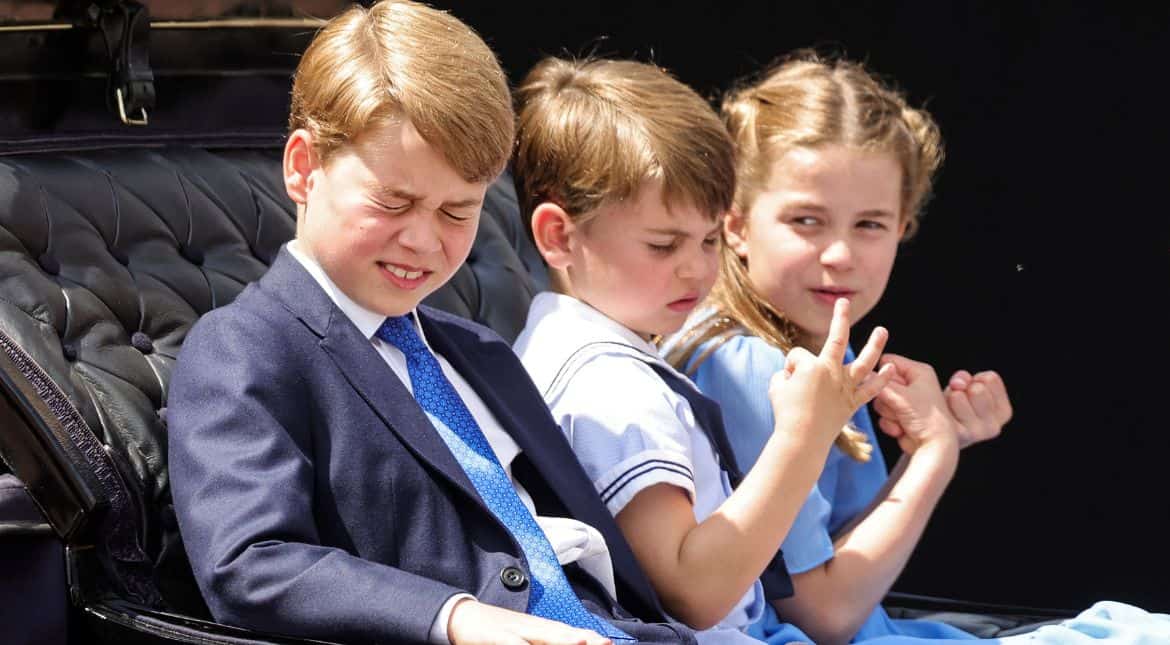 In a Jubilee message, the Queen said she was "inspired" by the goodwill of the nation, the BBC reported.

Riding on horseback and wearing the Platinum Jubilee medal with his uniform, the Prince of Wales took the birthday salute from the troops on behalf of the Queen. However as the soldiers marched towards the Buckingham Palace at the end of the parade, the 96-year-old appeared on the balcony with senior members of the royal family.

In a statement ahead of the four-day Bank Holiday weekend, the Queen thanked the public for organising celebratory events and said "many happy memories" would be made. 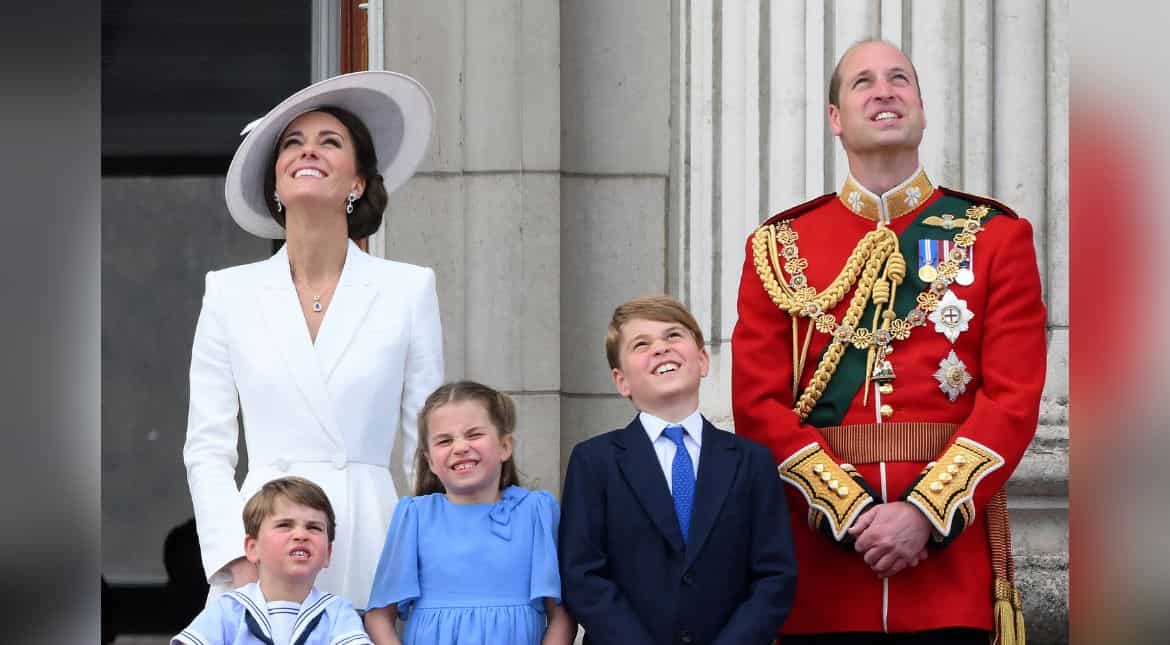 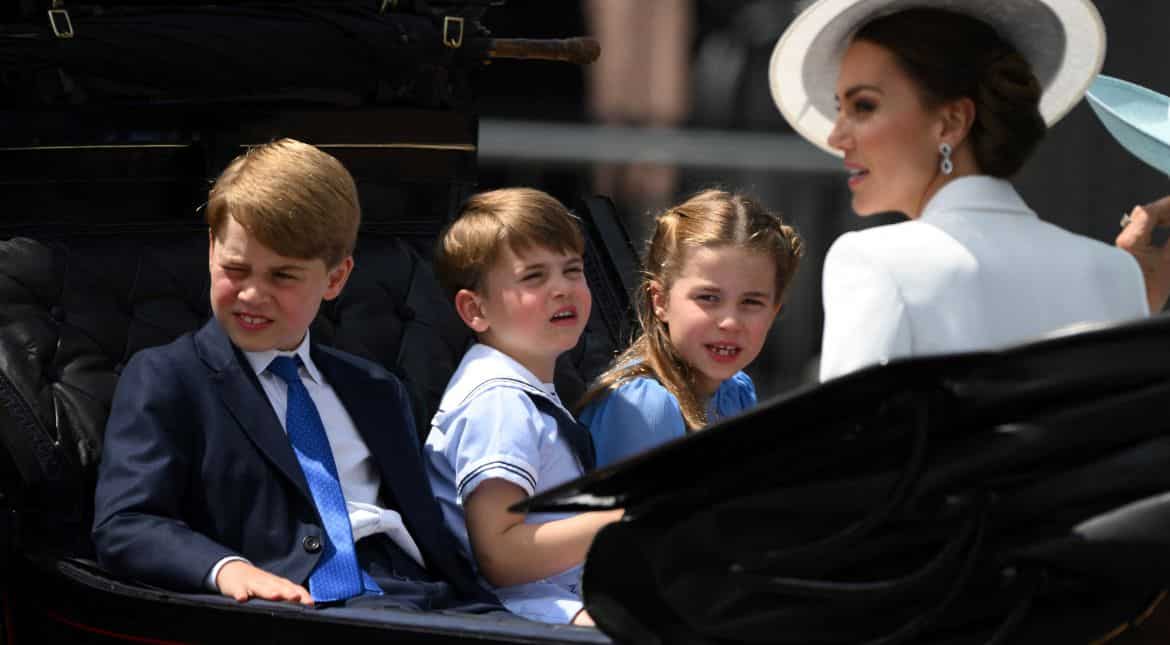 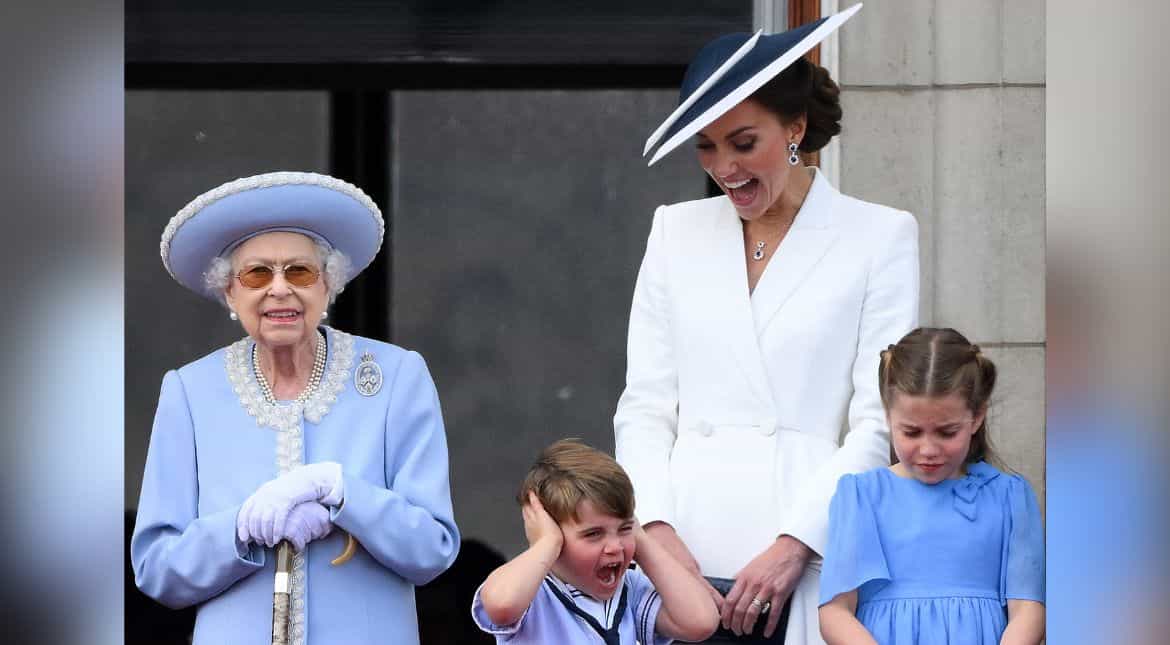 "I continue to be inspired by the goodwill shown to me, and hope that the coming days will provide an opportunity to reflect on all that has been achieved during the last 70 years, as we look to the future with confidence and enthusiasm," she said.