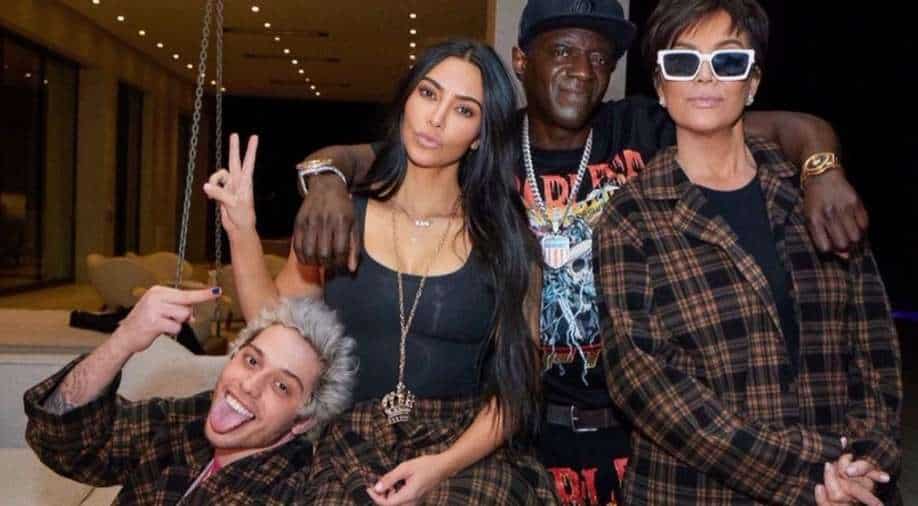 Kim Kardashian looked hot as she was seen wearing only the bottom half, with Pete Davidson wearing its matching top.

On Wednesday, the 'Flavor of Love' star shared two pictures of himself with the rumoured couple just a day after Davidson's birthday on November 16.

The gang was also joined by Kardashian’s mother, Kris Jenner, who showed up to the private party wearing brown and black SKIMS loungewear.

Kardashian looked hot as she was seen wearing only the bottom half, with Davidson wearing its matching top.

“Pete,,, I never took a clock off my neck to give to someone and you will be the last person I do this for,,, it lookz real good on you,,,, happy birthday,,,,”

Reportedly, Kardashian then flew off to Davidson’s home in NYC, where the pair went on solo as well as group dates in Staten Island and Manhattan.

"This is not a stunt. Kim doesn’t need to do that, that’s not her style. There’s plenty of other things she could do to get attention. It’s super early, but there’s interest from both sides. The hard thing is putting a label on whatever this is," a source close to the reality star said of the duo's blossoming connection.

Also read: HIMYM spinoff 'How I Met Your Father' finally has a premiere date