Actor Rajeev Siddhartha spoke about being a part of Zee Theatre’s ‘Adhe Adhure’, his growth as an actor and much more.

The concept of teleplay is not new to the end-user of today. While we must not have consumed as much number of teleplays as our parents once did with the advent and subsequent dominance of OTTs, streamers are now increasingly helping in broadcasting what was originally a theatrical play and what was meant to be consumed from across the stage.

Rajeev Siddhartha who was recently seen in Bobby Deol starrer web show titled ‘Aashram’ recently featured in Zee Theatre’s ‘Adhe Adhure’. Directed by Lillette Dubey, ‘Adhe Adhure’ is Mohan Rakesh's timeless classic and one of the most significant plays in the history of Indian theatre. It is the story of a middle-aged woman  caught in her destiny and circumstances who tries to find fulfilment in  relationships outside her marriage.

In conversation with WION, Rajeev Siddhartha spoke about being a part of this timeless classic, his growth as an actor and much more.

WION: What is ‘Adhe Adhure’ for you?

Rajeev: Adhe Adhure was my first big theatrical production in Mumbai. The writing was absolutely mind blowing and Mohan Rakesh as we all know is a genius. It was my good fortune to be a part of such a play with such an ensemble cast and it provided me with the tools that I needed. The learning has helped me as an actor in the years to come.

WION: Who is Ashok and what are his troubles?

Rajeev: Ashok is a 21-year-old unemployed youth who thinks his family doesn’t get him. He's a rebel who thinks he’s been left to deal with difficult cards in his life. He has a pure heart but the circumstances around him have made him an angry youth.

WION: How does it feel to give a contemporary twist to a timeless classic like this Mohan Rakesh’s piece?

Rajeev: Adhe Adhure is a classic so even if someone performs it a hundred years from now, it will retain its power. Mohan Rakesh was such a great observer of human nature that I feel in some way or another, with some intensity or another, such dynamics are present in almost every family. In that sense, everybody will relate to it and as long as humankind exists, there will be relationships between human beings and there will be some complexity in the dynamics. 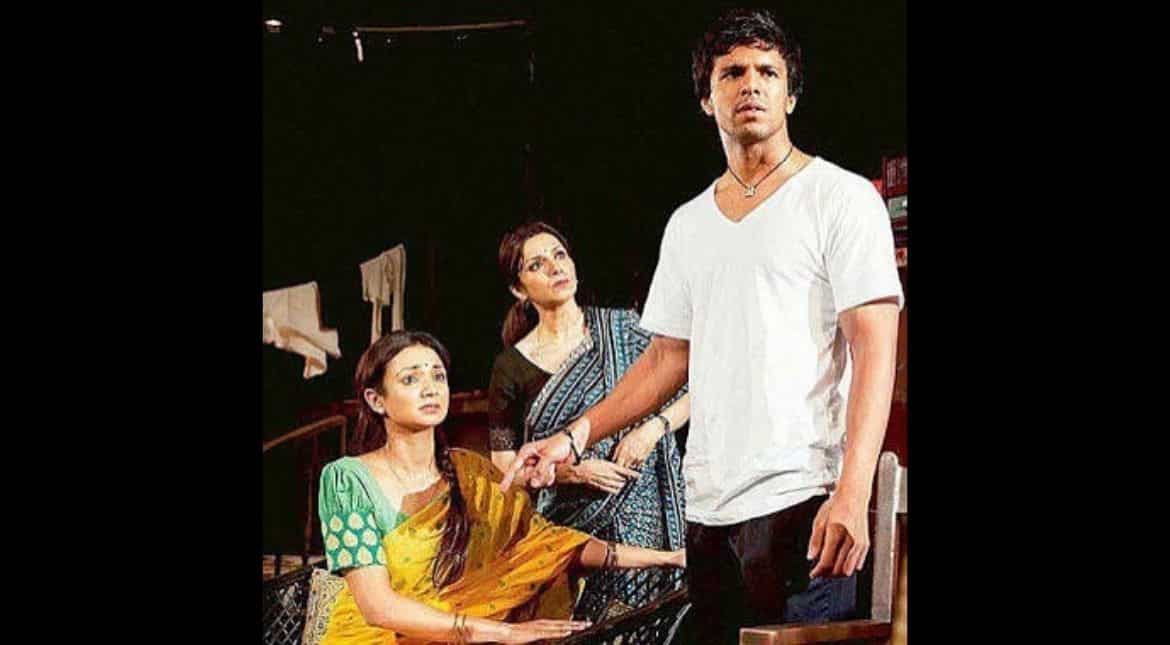 WION: Lack of money and its subsets form an essential part of the theme of the teleplay. What is your take on class divide and privilege in the world that arises out of money?

Rajeev: Dissatisfaction in the play among the family members is not only because of money but it does play an important part. I feel dissatisfaction is basically inbuilt in us human beings and as long as people are trapped in thinking that joy and permanent happiness can only be found in external situations, circumstances and things, they will always be dissatisfied. Even if you get for instance, whatever you have dreamt of, or you get as much money as you dreamt of, you will be dissatisfied the next day because you would want more. That’s why I feel Mohan Rakesh was a genius writer to have recognised that and wrote a play like Adhe Adhure.

WION: Where do you see yourself in the next 5 years as an actor?

Rajeev: I have always wanted to be a part of great projects, great scripts to work with good directors. So I am hoping that five years from now, I’ll be doing just that.

WION: You were recently seen in Aashram. What is your biggest takeaway from that show?

Rajeev: Working with a legend like Prakash Jha is in itself a learning experience and being a part of such a project on a grand scale was overwhelming. In most scenes, we had almost 100-200 actors at a time. Aashram is the biggest project of mine in terms of scale. The mere fact that I was a part of such a series, having that opportunity to work with such a great bunch of actors, on a great script was fulfilling.

WION: Any future project that you’d like to talk about?

Rajeev: I am doing a film titled Sitara which is directed by Vandana Katariya and is produced by RSVP. The writing was absolutely wonderful and it is such a treat as an actor when you go through a script like this. My character is a chef and in more ways than one, this project has also been a learning experience for me. I am looking forward to it and hopefully the audience will like it as much as we enjoyed making it.

WION: With more mediums opening up for actors, how do you feel about being in the industry at a time when major overhaul is taking place – in terms of diversified content, mediums?

Rajeev: This is a fantastic time to be a part of the industry and the creative field. Was it not for these platforms I think a lot of good quality work would have been undiscovered. It is also fantastic for the audience because even they get to see more quality work.

"I might not be here..." British TV star Vanessa Feltz's daughter talks about how dangerous flu can get