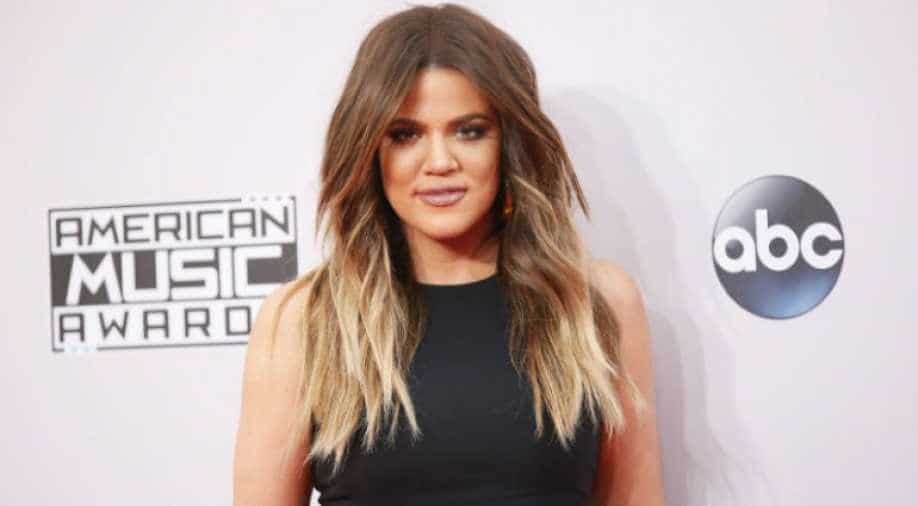 Khloe Kardashian never misses a moment to bring Kardashian juniors in front of the camera.

Recently, 'The Keeping Up With The Kardashian' star took a moment to enjoy her adorable daughter True Thompson, as the little girl played with her cousin Chicago West in front of a lavish vanity.

The reality star, 36, uploaded a sweet snippet of the pair to her Instagram stories, underneath the simple caption 'Lifestyle'.

True, two, dressed in a cute outfit, and Khloe‘s older sister Kim’s daughter Chicago, spent time dressing each other up 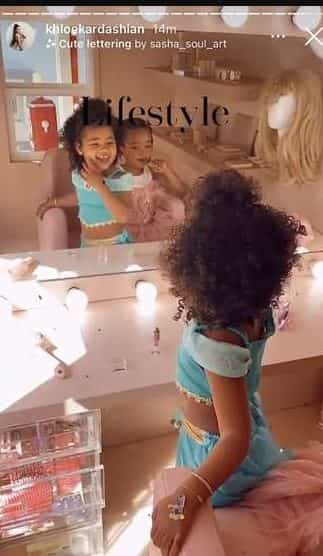 Khloe shared a further video of her darling daughter, as the little one went 'shopping' in a glittery video from just outside the house.

True, wearing a very healthy helping of lipstick, pushed along a shopping cart filled with plastic fruit as she sidled up next to toy supermarket bins filled with more fruit.

Next, the two girls zoomed along on scooters, as Chicago’s brother Psalm drove his own toy version of a red GT Mustang convertible.

Khloe recently opened up about the emotional 'struggle' of conceiving a child as she live-tweeted Keeping Up with the Kardashians on Thursday.

After receiving a tweet from a fan talking about the 'emotionally draining' reality of navigating fertility issues, the Good American founder agreed it's 'tough when there are so many unknowns.'

'It's so so different than my experience with True (obviously) it's so tough emotionally,' Khloé replied. 'Physically it's not fun but thats short term. Emotionally It can be a struggle.'

Kardashian who shares True with boyfriend Tristan Thompson, recently revealed doctors informed her there is an 80% chance she will miscarry if she gets pregnant again.