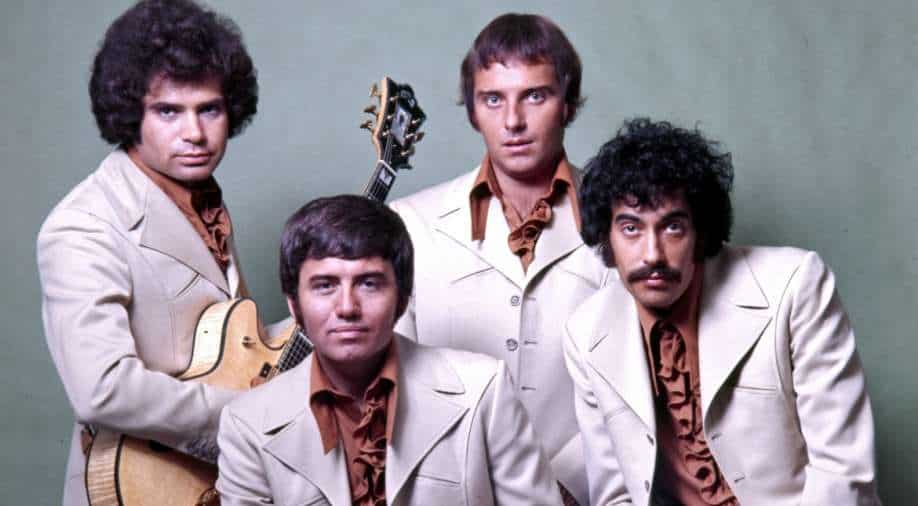 Jay Black (front left) with members of his band 'Jay and the Americans' Photograph:( Instagram )

In 1964, 'Jay and the Americans' were reportedly the opening act for the iconic band 'The Beatles' at their first American concert tour.

Jay Black,the  lead singer of rock band Jay and the Americans, has died due to pneumonia-related complications, his family shared the sad news on Saturday. Black was 82.

The group had a total of 21 hits that topped charts during their time, namely:  'Only In America', 'Come A Little Bit Closer', 'Cara Mia', 'This Magic Moment', and 'Walkin’ In The Rain', among others.

Because of his vocal range, Black was lovingly called by fans 'The Voice', reports claim.

The band was at its peak in the mid 60s and had marked their attendance on a wide range of pop radio programs that included 'Hullabaloo' and 'Where the Action Is' as well as talk shows such as 'The Tonight Show With Johnny Carson' and 'The Merv Griffin Show'.

In 1964, 'Jay and the Americans' were reportedly the opening act for the iconic band 'The Beatles' at their first American concert tour.