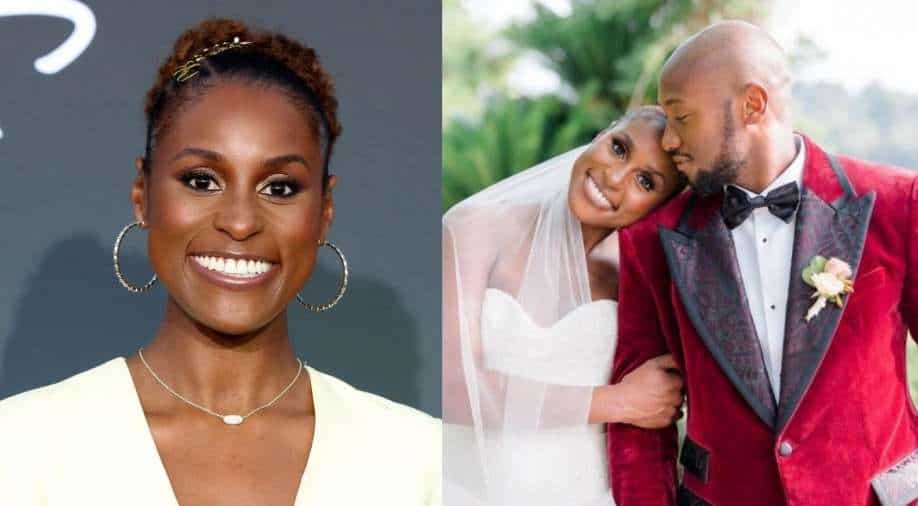 Issa Rae and Louis Diame got engaged in 2019. Photograph:( Instagram )

Issa Rae and Louis Diame got married in Saint-Jean-Cap-Ferrat, South of France.

Issa Rae is now married! The actress revealed on social media that she has married her long time beau Louis Diame over the weekend. The couple exchanged vows on Sunday and Rae shared stunning photos from her destination wedding on Instagram.

According to reports, Issa Rae and Louis Diame got married in Saint-Jean-Cap-Ferrat, South of France.

Rae reportedly wore custom Vera Wang for her wedding while her husband looked gorgeous in a red Dolce & Gabbana suit.

"A) Impromptu photo shoot in a custom @verawanggang dress. B) My girls came to help me, but they all coincidentally had on the same dress! They were sooooo embarrassed. C) Then I took a few flicks with Somebody's Husband," she wrote in the caption. "Big thanks to @whiteedenweddings for being so gracious and accommodating and making this feel so real and special."

It was Rae's 'Insecure' co-stars Jay Ellis and Yvonne Orji who had first confirmed the news about her engagement in March 2019 at the NAACP Image awards.

"The reaction was all the same, like, 'You out here in these streets getting married, boo!?' That was the reaction."

Rumours of her engagement though had started a few months earlier when she was spotted wearing a diamond ring on the cover of a magazine.

Rae and Diame have mostly kept their relationship out of the spotlight, though the businessman has accompanied the actress on several red carpets over the years.