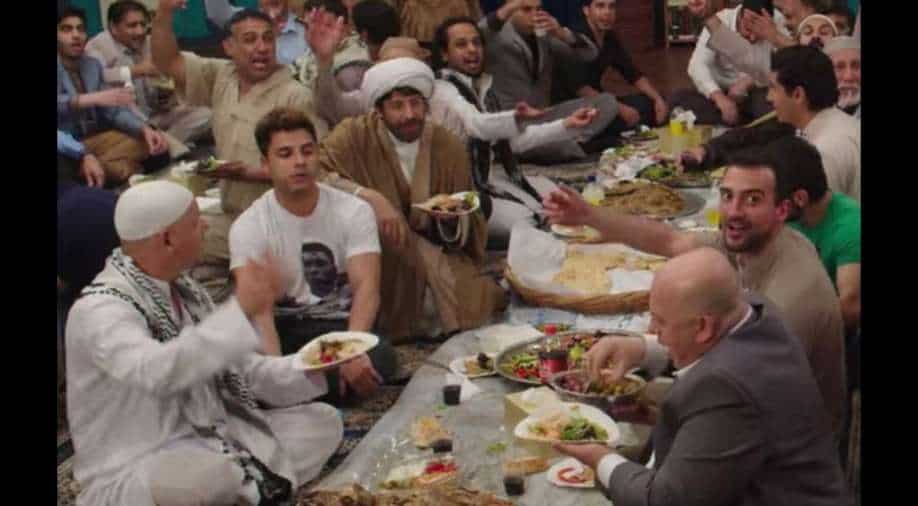 A new initiative to promote the inclusion of Muslims in filmmaking has been created by an advocacy group with the support of the Walt Disney Co. — following a report issued this year that found that Muslims are rarely depicted in popular films and that many Muslim characters are linked to violence.

The project, the Pillars Muslim Artist Database, was announced Tuesday by the Pillars Fund, an advocacy group in Chicago. It produced the earlier report on depiction along with the University of Southern California Annenberg Inclusion Initiative and others.

Kashif Shaikh, a co-founder of Pillars and its president, said that when the group discussed the findings, those in the industry often said they did not know where to find Muslim writers or actors. This is how Dwayne Johnson's 5-year-old daughter reacts when fans spot him

The database, Shaikh said, aims to give Muslim actors, directors, cinematographers, sound technicians and others, who could help create more nuanced portrayals, the chance to compose online profiles that can be reviewed by those hiring for film, television and streaming productions.

That way, “Muslims around the country would be able to opt in and talk about their talents, talk about their expertise,” Shaikh said. “It was really meant to be a resource for studios, for the film industry.”

The report on depiction, “Missing & Maligned,” was issued in June and analysed 200 top-grossing movies released between 2017 and 2019 across the United States, Britain, Australia and New Zealand.

Peter Jackson's visual effects firm that made 'Avatar', sold for $1.6B

Pillars, along with the Inclusion Initiative and British actor Riz Ahmed and his production company, Left Handed Films, also released a companion report titled “The Blueprint for Muslim Inclusion” that was intended to “fundamentally change the way Muslims are portrayed on screen.”

Before the reports were issued, Shaikh said, Pillars had begun conversations with Disney, which supported the creation of the database with a $20,000 grant.

Latondra Newton, senior vice president and chief diversity officer of Disney, said in a statement that the support was part of an ongoing effort “to amplify underrepresented voices and untold stories,” adding: “We are honored to support the new Pillars Muslim Artist Database.” Cost of Priyanka Chopra’s abaya dress for Dubai event will burn a hole in your pocket

This follows the announcement last week of a guide, “The Time Is Now: The Power of Native Representation in Entertainment,” that was the result of a partnership between Disney and IllumiNative, a nonprofit group that works to raise the visibility of “Native Nations and peoples in American Society.”

That guide was created “to help move beyond the outdated, inaccurate and often offensive depictions of Native peoples in pop culture,” the group said in a statement. It includes sections on “Combating Negative Stereotypes,” “Avoiding Cultural Appropriation” and “Supporting Native Storytellers.”

The support of the Pillars and IllumiNative projects is the most recent example of how Disney has promoted diversity amid complaints that Hollywood offers too few opportunities to women, people of color and the disabled.

Some of Disney’s best-known offerings from decades ago, including “Song of the South” and “Dumbo,” have been criticized for including racist imagery and what have been seen as thinly veiled racist caricatures.

“Aladdin,” an Oscar-winning animated movie that Disney released in 1992, featured a mainly white voice cast and an opening song with lyrics about a faraway place: “Where they cut off your ear/If they don’t like your face/It’s barbaric, but hey, it’s home.” (Disney said in 1993, after objections by members of the American-Arab Anti-Discrimination Committee, that the ear-cutting reference would be removed but the word “barbaric” remained.)

Over the past several years, however, as the company’s executive chairman, Robert Iger, has emphasized diverse casting and storytelling, some of the studio’s projects have been widely seen as pioneering.

“Black Panther,” the Disney-Marvel superhero blockbuster released in 2018, had an almost entirely Black cast as well as a Black director. A collection of movies and streaming service shows announced in 2019 by Marvel also emphasized diversity on both sides of the camera.

And when Disney released a live-action remake of “Aladdin” in 2019, the word “chaotic” replaced “barbaric” in the opening song.