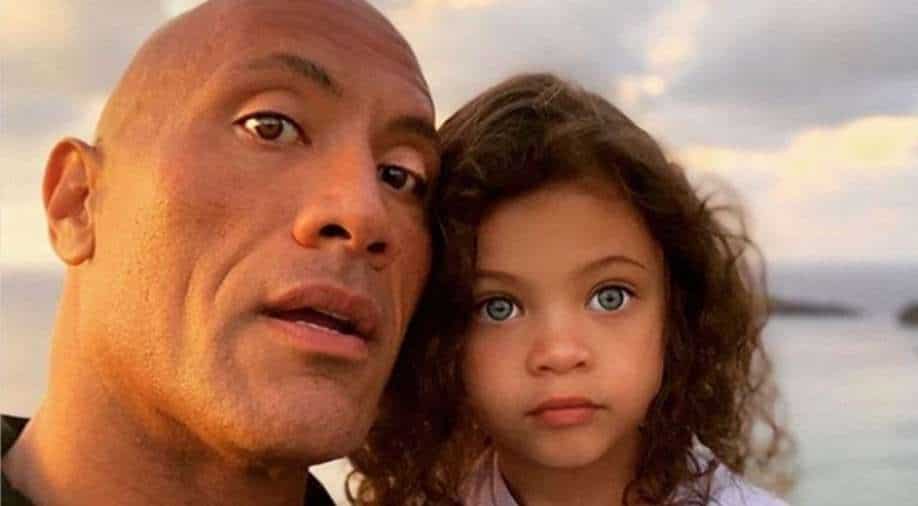 Dwayne Johnson revealed that his two youngest daughters -- 5-year-old Jasmine and 3-year-old Tiana -- have become increasingly conscious that their daddy is a famous guy.

Daughters can be adorable. Dwayne Johnson just shared with his fans how his 5-year-old reacts when they are put in public and she spots people recognising him and it’s melting our hearts.

The Rock went from being a wrestling superstar to Hollywood’s highest-paid actors and one of the most sought after actors. Naturally, he is one of the most recognisable celebrity faces.

He revealed that his two youngest daughters -- 5-year-old Jasmine and 3-year-old Tiana -- have become increasingly conscious that their daddy is a famous guy. He revealed, “So now, what (Jasmine will) do is if she gets wind that someone is noticing me — we're at a park and kids are noticing or parents — she'll come up and grab me and she'll go, ‘Dad, come on! They recognize you. Come, say hello. Come on, you're The Rock!’” the 49-year-old explained. “So she pulls me over to this family. And she's, like, ‘Here. This is my dad.’”

Dwayne Johnson also revealed that he’s tried to give a sense of what he does for a living to his two youngest daughters. In 2019 he told People magazine that when they were all watching “moana”, he told the he voices the character Maui. “I said, ‘You know, that’s daddy’s voice, and I’m going to show you,'” he recalled. “Maui starts singing, and I then start singing, and within 10 seconds she’s trying to put a pillow over my mouth and says, ‘You’re ruining the song.'”