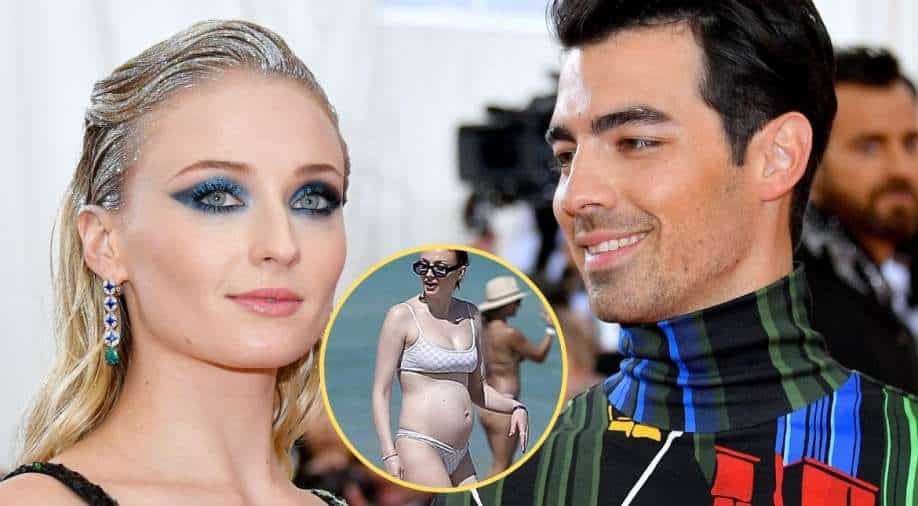 Sophie Turner donned a checkered two-piece bikini swimsuit while soaking up the sun as she falunted her growing baby bump while vacationing with husband Joe Jonas.

After Priyanka Chopra and Nick Jonas, it’s time for another Jonas sibling to become a father. We are talking about Joe Jonas who’s married to actress Sophie Turner and is expecting their second child together.

Stunning with their baby bump pics, Sophie Turner took to a bikini as she vacations with husband Joe Jonas in Miami. Looking radiant as ever, Sophie was seen happy as she was spotted playing in the sand and with ocean water. 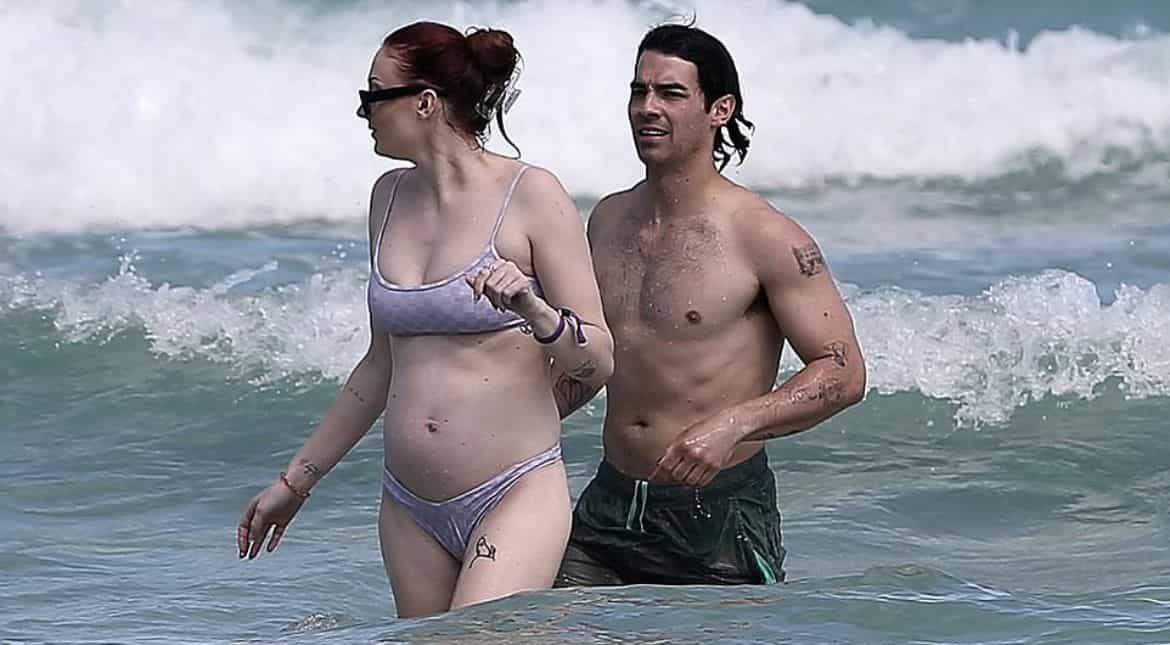 Sophie Turner donned a checkered two-piece bikini swimsuit while soaking up the sun. Sophie Turner showed off what appeared to be a growing baby bump while playing in the sand with her husband, Joe Jonas. 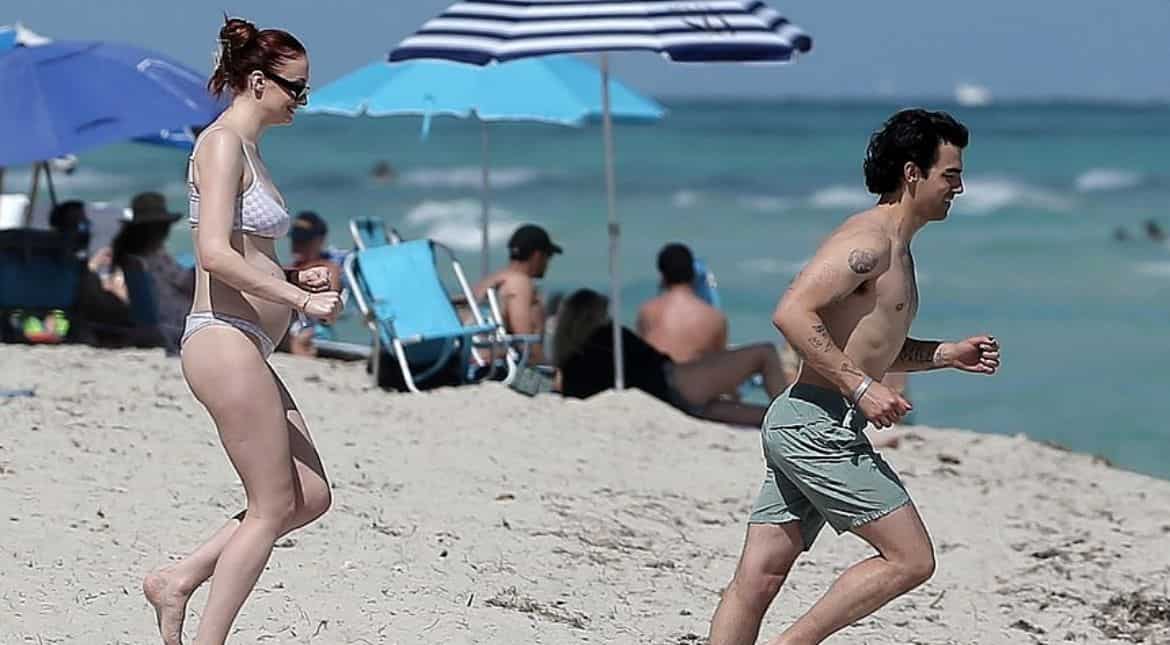 Sophie Turner and Joe Jonas are already proud parents to a daughter named Willa who will turn two in July.