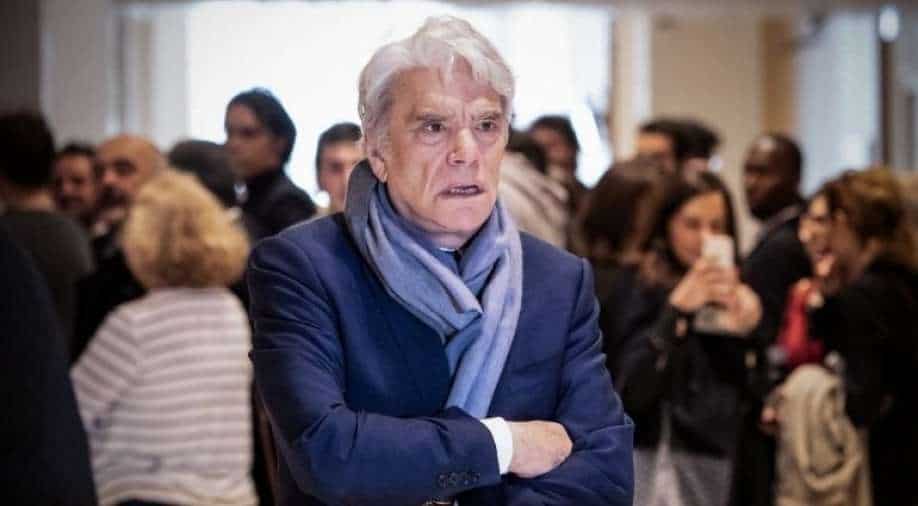 In this file photo taken on April 4, 2019 French businessman Bernard Tapie looks on during a suspension of his trial for having defrauding French state of nearly half a billion euros with a massive 2008 arbitration award, at the Paris courthouse. Photograph:( AFP )

Scandal-ridden tycoon and former owner of Adidas Bernard Tapie and his wife were in the wee hours of Sunday beaten and tied up during a burglary at their home in Paris.

Former Adidas Owner and ex-French minister Bernard Tapie and his wife Dominique were beaten and tied up with electrical cords during a midnight burglary on their home in Combs-la-Ville near Paris.

The burglars evaded guards and entered the property via a window, then attacked the couple before stealing two watches, including a Rolex, earrings, bracelets and a ring.

The burglars tied them with electrical cords before making off with their loot, the police said.

The incident occurred in the early hours of Sunday morning and police were alerted after Dominique was able to untie herself and make her way to her neighbour's home to call officers to the scene.

Dominique Tapie managed to free herself and made her way to a neighbour's home, from where she called the police. Slightly injured from several blows to the face, she was taken to hospital for a check-up.

During the burglary the perpetrators "pulled her by the hair because they wanted to know where the treasure was", the mayor of Combs-La-Ville, Guy Geoffroy, told AFP. "But of course there was no treasure, and the fact that they didn't find one made the violence only worse."

Jewellery and a Rolex

Tapie himself, who is 78, received a blow to the head with a club, prosecutor Beatrice Angelelli told AFP, but he declined to be taken into medical care.

"My grandfather refused to be taken away," Rodolphe Tapie said. "He is shattered, very tired. He was sitting on a chair when he was hit with a club."

The burglars broke into Tapie's home, a vast estate known as the "Moulin de Breuil", through a first-floor window, undetected by the guards.

They made off with two watches, including a Rolex, earrings, bracelets and a ring, according to a source close to the investigation.

Tapie was a Socialist minister who rose from humble beginnings to build a sporting and media empire but later ran into a string of legal problems.

He made a fortune in the early part of his career by taking over failing companies incorporate raids, stripping them of their assets and selling them for profit during the high-rolling years of financial deregulation in France.

He often flaunted his wealth, including by buying a 72-metre yacht and a football club, Olympique de Marseille, which won the French championship while he was their owner.

He has also been under suspicion of match-fixing in France's top football league.

He briefly ministered for urban affairs in Francois Mitterrand's government in 1992.

Tapie was found guilty in a series of cases for corruption, tax fraud and misuse of corporate assets, went to prison for five months and was stripped of the right to stand in any election in France.

After his release from prison in 1997, Tapie added showbiz to his various activities, trying his hand at acting, singing and hosting radio and TV shows.

In 2012 he also became a media boss, taking over southern French daily La Provence and other newspapers.

One fraud case has dogged Tapie for decades, involving a hugely controversial settlement worth 400 million euros ($470 million at current rates) awarded to him by a government arbitration panel, the size of which sent shockwaves through France.

The panel judged he had been the victim of fraud when he sold his stake in the Adidas sports apparel company in 1993 to state-run French bank Credit Lyonnais, which was found to have undervalued the sportswear brand.

Lagarde's handling of the case sparked suspicion that her former boss Nicolas Sarkozy, whom Tapie had backed for president in 2007, was favourably disposed towards the businessman -- allegations Sarkozy has vehemently denied.

Last autumn, Tapie's fraud trial was postponed for reasons of ill health because he was suffering a double stomach cancer and cancer of the oesophagus which were getting worse.

The trial is due to resume in May, with Tapie "determined" to be present, according to his lawyer.

Police are treating Sunday's incident as a violent robbery and kidnapping, a source close to the investigation said.