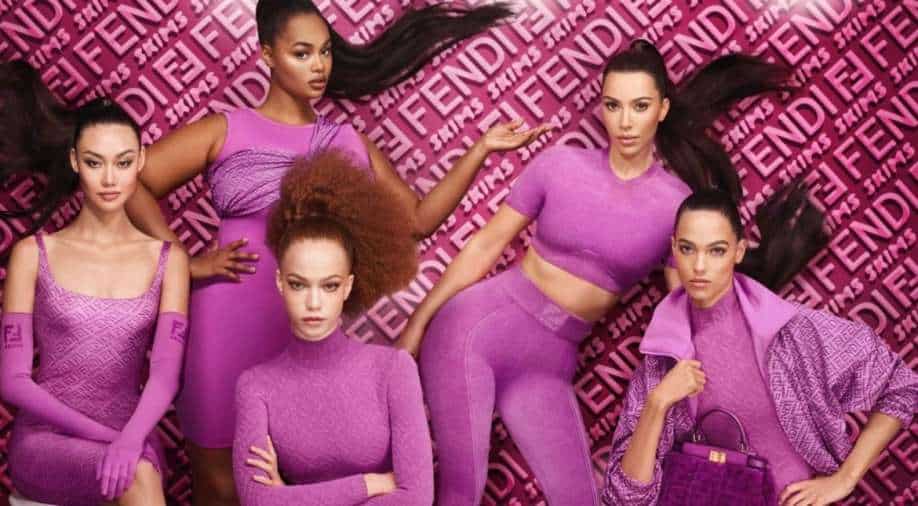 On Instagram, Kim Kardashian gave fans a sneak peek of what to expect from the upcoming launch of Fendi x SKIMS.

Fendi x SKIMS collection is officially happening. Kim Kardashian announced via Instagram the upcoming release of the limited-edition capsule collection. It will be designed by none other than Fendi’s artistic director Kim Jones and Kardashian herself.

In a statement, Kim Jones said, “The idea for the collaboration came about when my team and I were sitting around a table at the studio in Rome. Suddenly, all the women went silent and started looking at their phones. I didn’t know what was going on, but they were waiting for the launch of the new SKIMS collection. It was then that I thought: Let’s do something together.”

On Instagram, Kim Kardashian gave fans a sneak peek of what to expect from the upcoming launch. It will have sheer mesh bralettes and leggings, khaki-colored bodysuits, an olive green “FF” monogram puffer jacket, hot pink sets, and more. Also read: The Jonas Brothers are about to get roasted in Netflix special 'Family Roast'; get deets inside

“Both FENDI and SKIMS have a cultural power very different from each other, but equally as strong,” said Kardashian in an official statement. “We share a desire to push boundaries, think differently and challenge convention which is why we found so much common ground collaborating on this collection together.”