Koffee with Karan: Get ready for Vicky and Ayushmann's bromance 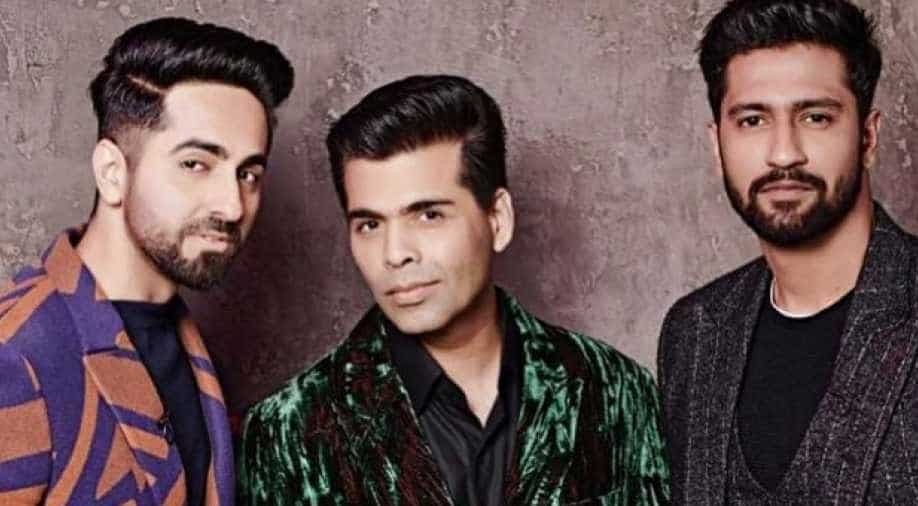 Bollywood superstars Vicky Kaushal and Ayushmann Khurrana are all set to grace the `Koffee with Karan` couch next.

After `Fun-jabi` boys Diljit Dosanjh and Badshah, Bollywood superstars Vicky Kaushal and Ayushmann Khurrana are all set to grace the `Koffee with Karan` couch next.

The teaser of the next episode of the chat show was unveiled after Sunday`s show and it looks like it will certainly hit headlines.

In the promo, Ayushmann revealed an interesting bit of information with reference to his first film `Vicky Donor`.

Ayushmann played the role of a sperm donor in the 2012 film. When KJo asked the same question to Vicky, he said no while Ayushmann teased him, saying that his sperms are really precious and that he did not want to donate them.

In the teaser, Karan reveals that Katrina Kaif wants to work with Vicky and that they would look good together.

In his reply, the `Sanju` star pretended to faint.

While Vicky has impressed his fans with performances in blockbusters like `Raazi` and `Sanju` this year, Ayushmann delivered two back-to-back box-office hits - `AndhaDhun` and `Badhaai Ho.