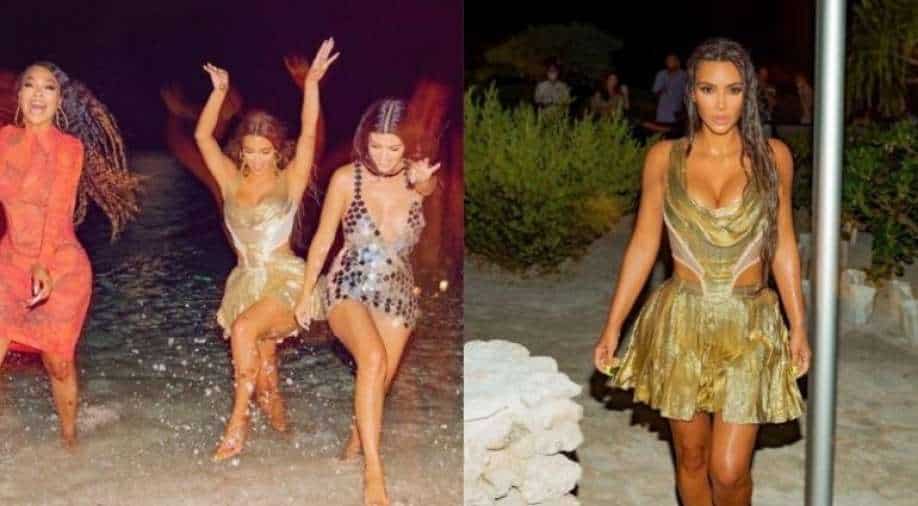 Kim Kardashian is clearly unaffected by all the criticism that has come her way for posting photos of her luxurious 40th birthday bash.

The reality TV star shared more images of the celebration on her Instagram page on Thursday even as fans have called her 'tone-deaf' for celebrating with her family and friends at a private island amid the pandemic.

The 40-year-old gave her fans more glimpses of her $1 Million birthday celebrations as images showed Kim and her sisters along with their pals partying and taking a dip in the night ocean at The Brando Resort in Tahiti.

Kim also shared several videos on Insta stories which she called as a  'special surprise the last day of our trip,' which was basically a Sunday service on the Island.

The videos featured her husband Kanye West, who was missing from all the previous images.

A day earlier, Kim's sister Khloe Kardashian spoke in her defense during her appearance on 'The Ellen Degeneres Show'. Calling it a beautiful experience, Khloe brushed aside the criticism and said, "I don't want that to overshadow all the greatness that happened."

The vacation cost Kim a whopping $1 million as she booked a Boeing 777 to fly her ínner circle' to the private island to ring in the celebrations. Many on Twitter criticised her for splurging at a time when COVID-19 has led to severe restrictions worldwide. Many even pointed out how people have not been able to meet their loved ones for months and called out her privileges.