Kareena Kapoor Khan on being highest-paid female star on TV: Got what I deserve 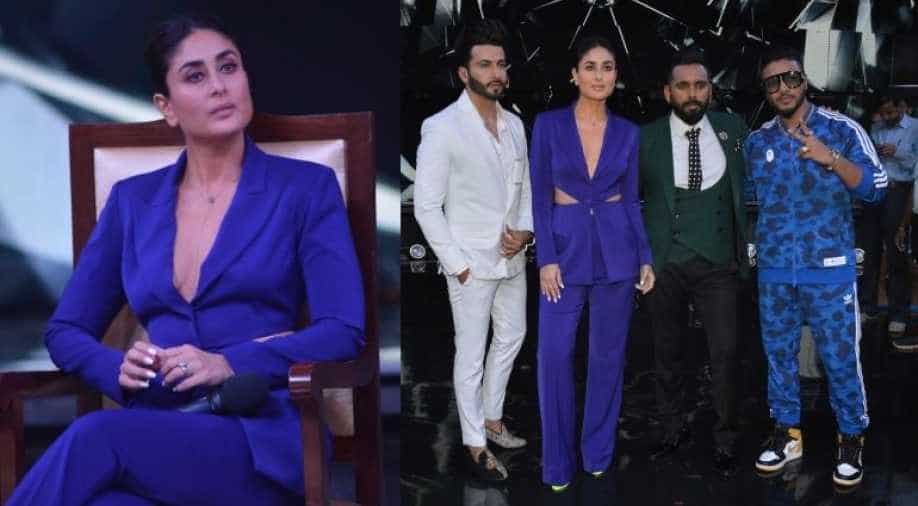 Kareena will be one of judges on 'Dance India Dance' and there are reports that the 38-year-old actor's pay is the highest for any female actor's stint on TV.

Ahead of her grand TV debut on reality show 'Dance India Dance', Kareena Kapoor Khan, who is being touted as the highest paid female star on TV, says she deserves what she is being paid.

Kareena will be one of judges on the show and there are reports that the 38-year-old actor's pay is the highest for any female actor's stint on TV.

"The pay package has to be a good amount because you put in a lot of hardwork on TV. If a male judge is getting so much, a female judge can also.

"It is the first time ever that any mainstream actress has forayed into TV, a dance reality show, at this point in her career. I've got what I completely deserve and for the hours that I will put in," she said while promoting the show during a media interaction.

The actor said before the Zee TV reality series, she was offered many shows but had to turn them down as they required long working hours.

"TV has very long hours of timing, 12-14 hours and I don't work more than 8 hours after Taimur's birth. I'm a working mother and I have to be home with him. I like to be at home before he eats his dinner.

"That's the time I don't want to be with anyone other than him and my family. That was the only hurdle we had to cross with 'Dance India Dance' because they had to shoot for 12 hours. We are balancing it out."

She will be judging the show along with choreographer Bosco Martis and rapper Raftaar.

On the big screen, Kareena will be seen in Karan Johar's historical drama 'Takht' and Irrfan Khan starrer 'Angrezi Medium' and the actor says she's looking forward to both.

"'Takht' is going to start in December and 'Angrezi Medium' will start in July. I'm excited to be working with Irrfan. It was the box that needed to be ticked. I've worked with Shah Rukh, Salman, Aamir, Saif, all of them but it's just a different world to work with Irrfan.

"It's an exciting time for me to balance my personal life. I've always tried to do that. I'm known for standing on one leg so I'm going to continue to do that."
'Dance India Dance: Battle of the Champions'  will premiere on 22nd June.