Kareena Kapoor gets emotional on news of selling RK Studio, says 'We have grown up walking around in those corridors' 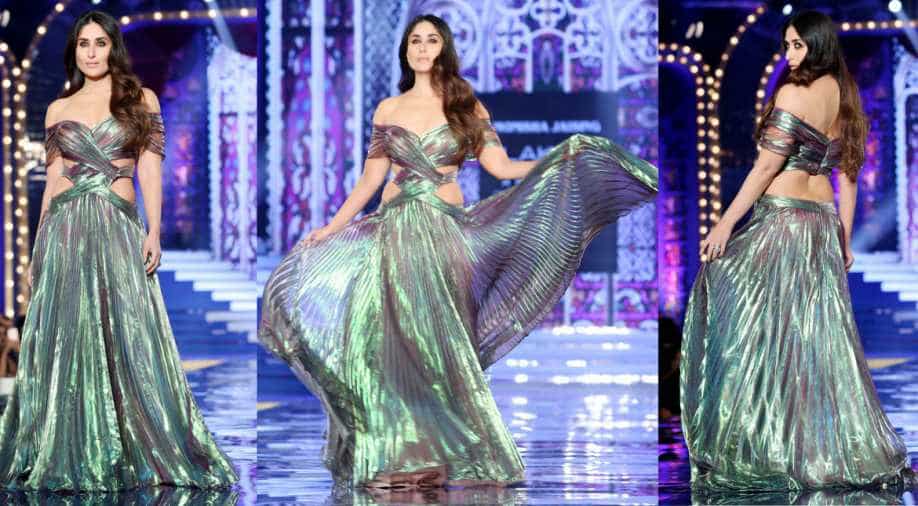 As news of Kapoor family announcing to sell off iconic RK Studio spread, actress Kareena Kapoor Khan received a rather shocking update on the status of her beloved place. A landmark in itself, RK Studio suffered major damages after 2017’s fire, that prompted the family to take this decision unanimously.

Kareena Kapoor who closed the Lakme Fashion Week of 2018 in Mumbai yesterday was informed about this development after the show, to which she responded with remembering fond childhood memories.

In an interview after the Monisha Jaising show, for whom she walked as the showstopper, Kareena said, "I don't know how far what is actually happening. In fact, I have been quite under the weather and I haven't even met my father in the last four or five days... But of course, we have all grown up walking around in those corridors."

She added, "I think it's probably something that the family has decided, so it's up to my fathers, his brothers and up to them... If that's what they have decided, so be it.”

70 years old, the RK Studio suffered major damages after a portion of the studio was gutted in the fire. The family then felt it was not “economically viable’ to rebuild it although they wanted to make it new again with state-of-the-art technology.

Rishi Kapoor confirmed the news earlier to a daily and said, “For a while, we did juggle with the idea of renovating the place with state-of-the-art technology. However, in reality, it isn’t always possible for a phoenix to rise from the ashes. We Kapoors are very emotional lot but then… The investment in rebuilding the studio would just not have yielded sufficient revenue to keep it going. Believe me, we had to take the larger picture into account and take a level-headed decision. Even before the fire, for years R. K. Studio had become a huge white elephant, toting up losses. The few bookings we would get from films, TV serials and ad shoots would expect free parking space, air-conditioning and discounts."

RK Studio, kept on the name of its founder, Raj Kapoor, served as the headquarters of the film production company, RK Films. Interestingly, the first film under the banner, ‘Aag’ crashed at the box office but its second, ‘Barsaat’ starring Raj Kapoor-Nargis was a super hit. The studio never looked back after it.