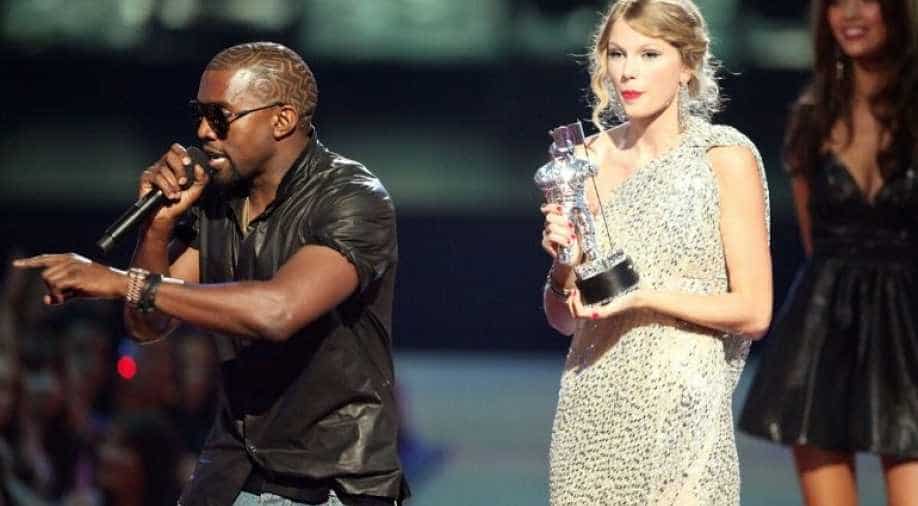 Kanye West has a habit of making headlines with his tweets. Now, the rapper has opened his decade-long feud with Taylor Swift in a Twitter by sharing a photo of a snake.

The rapper took to the social media platform once again and tweeted a picture of a snake with the caption: "Not gonna use a snake emoji cause you know why … I'm not sure if Christians are allowed to use snake emojis."

Not gonna use a snake emoji cause you know why ... I’m not sure if Christians are allowed to use snake emojis 🤔 pic.twitter.com/CUR6SSRNqP

Once, Kanye wife  Kim Kardashian used snake emojis to describe Swift on National Snake Day, after the singer denied she gave West permission to refer to her as a 'bitch' on single 'Famous'.

“Wait it’s legit National Snake Day?!?!? They have holidays for everybody, I mean everything these days!” Kardashian wrote. Swift later responded to the tweet, by including a robotic snake throughout her 'Reputation' tour. She also addressed Kim and Kanye fans “A couple of years ago, someone called me a snake on social media and it caught on.”

Also read: Kanye West responds to the concerns about his mental health, 'I am quite alright'

"And then a lot of people were calling me a lot of things on social media. And I went through some really low times for a while because of it. I went through some times when I didn’t know if I was going to get to do this anymore," the 'cardigan' singer said to a news agency.

A few weeks back, Kanye unleashed a series of tweets, about himself and his family. He tweeted allegations that Kim and her mom, Kris Jenner, had tried to "lock" him up. And the next day, he claimed that he had been considering divorcing his wife. The couple are on a trip to try and save their marriage.