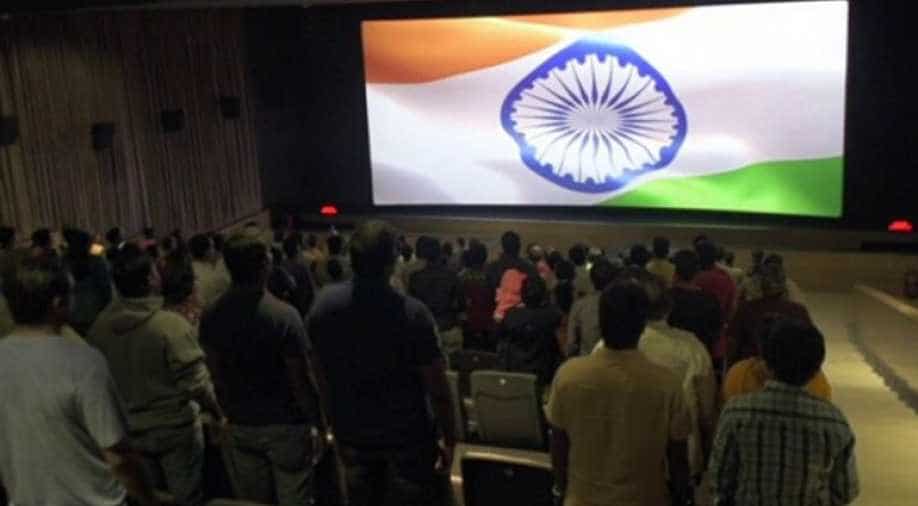 The incident occurred on October 23 at PVR Orion Mall in the city during the screening of the Tamil movie 'Asuran'.

Kannada actors Arun Gowda, BV Aishwarya and few others were seen chiding a family for not standing up for the national anthem in a cinema hall in Bengaluru.

According to reports, a video has been shared widely on social media showing the two actors castigating the family. The incident occurred on October 23 at PVR Orion Mall in the city during the screening of the Tamil movie 'Asuran'.

The video was also reportedly shared by Aishwarya on her Facebook page with the caption, "So called citizens of India refused to stand while the national anthem was played (and) we are here as the true citizens to set these anti-Indians right. Don`t you dare".

"Not able to spare 52 seconds for the country, but you have the audacity to sit here and watch a three-hour movie," an unidentified person lashed at the family.

"Are you Pakistani terrorists?"

In the over the two-minute clip, the video shows Arun pointing at the family and saying, "When the nation anthem came on, these guys didn`t stand. Look at these guys. Just look at their faces once again. They are telling us to file a complaint".

Aishwarya can be seen telling the family to get out of the cinema hall if they cannot stand up.

He shared a video and captioned it, "Namaskara yellarigu... hello everyone..... regarding the National Anthem issue this is what I want to say.. no one manhandled anyone there..."

"In a video of them going out peacefully has been sent to all news channels as it`s not allowed to update instagram and ok if they don`t stand up for our anthem according to SC order but when they spoke bad about our India Army not me no one will spare them... Jai Hind."