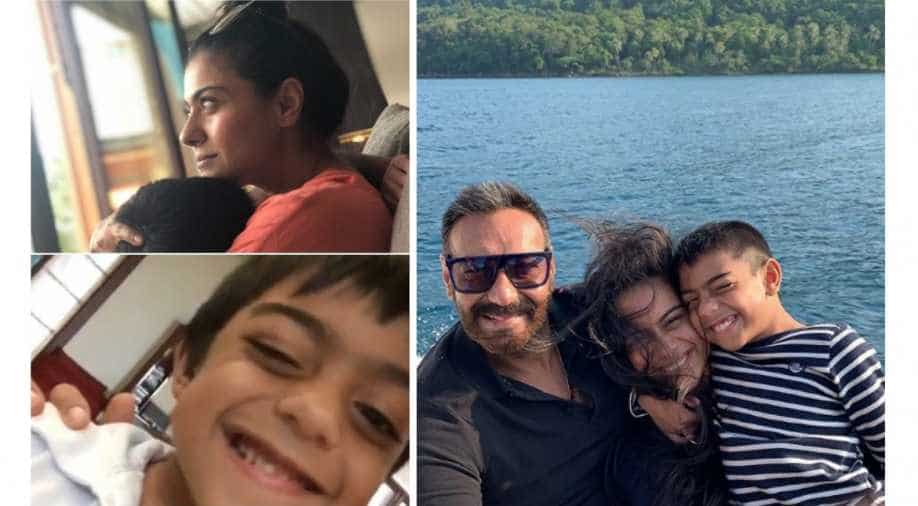 On his birthday today, his mother Kajol shared an adorable Dubsmash video of his when he was merely three. In the throwback video, Yug is seen lip syncing to ‘Friends’ character Joey Tribbiani played by actor Matt LeBlanc - "How you doin'?"

Kajol captioned the clip, "Awesome at 3 and even more awesome sauce at 9! Happy birthday, Yug! (I thinks he hears me yelling even in his sleep)."

Awesome at 3 and even more awesome sauce at 9! HAPPY BIRTHDAY YUG! ( I think he hears me yelling even in his sleep )

Ajay Devgn also shared a wish for son as he wrote, "It's a joy watching you grow. Can never have enough."

It’s a joy watching you grow. Can never have enough 🤗

Kajol and Ajay Devgn got married in 1999 and have two kids -- Nysa and Yug.

On the professional front, Kajol was last seen in ‘Helicopter Eela’ and has a cameo in Ajay Devgn's upcoming film ‘Taanaji: The Unsung Warrior’. Ajay will be seen in ‘Bhuj: The Pride of India’ in which he will essay the role of Squadron Leader Vijay Karnik who was in-charge of Bhuj airbase during the 1971 war, which remained operational despite facing heavy bombing from Pakistan. He will also be seen in ‘Tanaaji: The Unsung Warrior’ and in SS Rajamouli’s ‘RRR’.