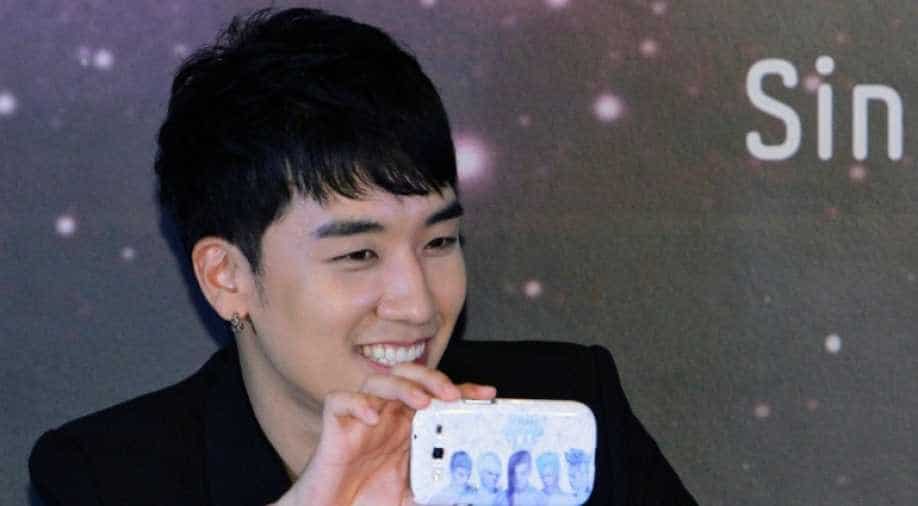 Disgraced K-pop star Seungri was questioned by police Wednesday for illicit overseas gambling, the latest step in a snowballing sex and drugs scandal that saw him retire in March.

Dressed in a sharp dark suit, Seungri stepped out from a black sedan to a mob of reporters waiting for him at a police building in Seoul.

"I apologise again for causing concern," he said. "I will attend the police questioning in a sincere manner."

Seungri, whose real name is Lee Seung-hyun, has also been accused of arranging sex services for potential investors in his business.

The investigation into the scandal surrounding him uncovered a spate of allegations against other musicians and personnel at YG Entertainment -- Seungri's former agency and one of the biggest K-pop management firms.

YG Entertainment was behind Psy's 2012 mega-hit "Gangnam Style" that helped raise K-pop's global profile and has popular idol groups such as BIGBANG and BLACKPINK under its roof.

Yang Hyun-suk, the firm's founder and former chief producer, will be questioned by police on Thursday over similar illicit gambling and cash transfer allegations as Seungri.

Yang was also separately placed under investigation by police last month for allegedly arranging sex services for foreign investors in 2014.