Jennifer Aniston recalls being bullied by Harvey Weinstein years ago 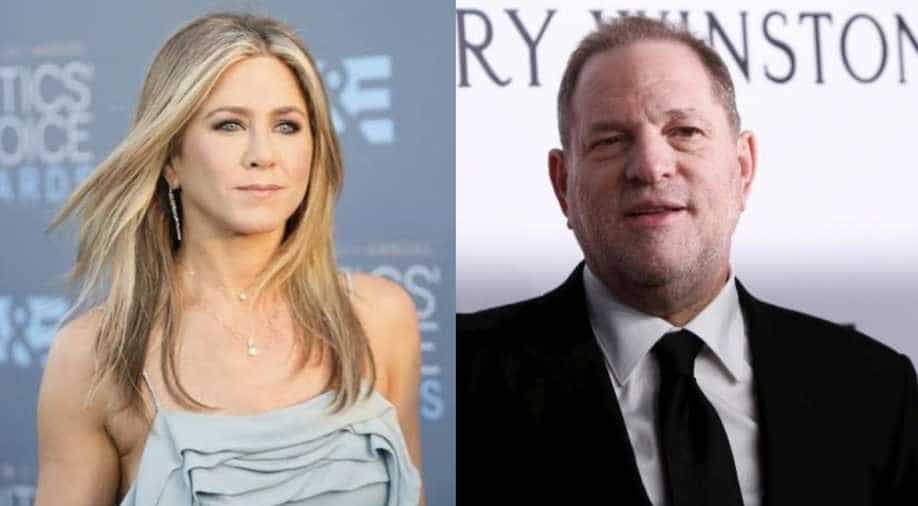 As Jennifer is busy promoting her upcoming show ‘The Morning Show’ that touches upon the repercussion of the #MeToo movement on a morning show opened up on her one-time experience with Harvey who bullied her into wearing a certain dress.

Jennifer Aniston recently recounted a troubling experience with disgraced filmmaker Harvey Weinstein who she said bullied her many years ago.

As Jennifer is busy promoting her upcoming show ‘The Morning Show’ that touches upon the repercussion of the #MeToo movement on a morning show opened up on her one-time experience with Harvey who bullied her into wearing a certain dress. As she has to appear on variety magazine’s Power of Women issue, she recalled working with a producer back in 2005 on a crime-thriller called ‘Derailed’.

She was to star opposite Clive Owen in the film. Ahead of the premiere of the film, Harvey met her on the sets of a shoot in London and forced her to wear an ensemble designed by Marchesa clothing line, owned by Weinstein's ex-wife, Georgina Chapman. Jennifer remembers that Marchesa wasn’t as big as it is now. "He came to visit me in London while we were shooting. He’d be like, 'OK, so I’d like you to wear one of these to the premiere,'" Jennifer recalled.

"[Marchesa] wasn’t what it is today. It was not for me. He was like, 'You have to wear the dress,'" she shared. "That was my only bullying. And I was like, 'No, I will not wear the dress.'... What was he going to do? Come over here and make me wear it?!" added Jennifer.

She then remembered that he even projected his "piggish" behaviour. "There was a premiere dinner. I remember I was sitting at the dinner table with Clive, and our producers and a friend of mine was sitting with me. And he literally came to the table and said to my friend: 'Get up!' And I was like, 'Oh my gosh.' And so my friend got up and moved and Harvey sat down," Aniston recalled. "It was just such a level of gross entitlement and piggish behaviour."

Many actresses have come out against Harvey and accused him of sexual harassment of varying degrees. He continues to be tried for his reported crimes.