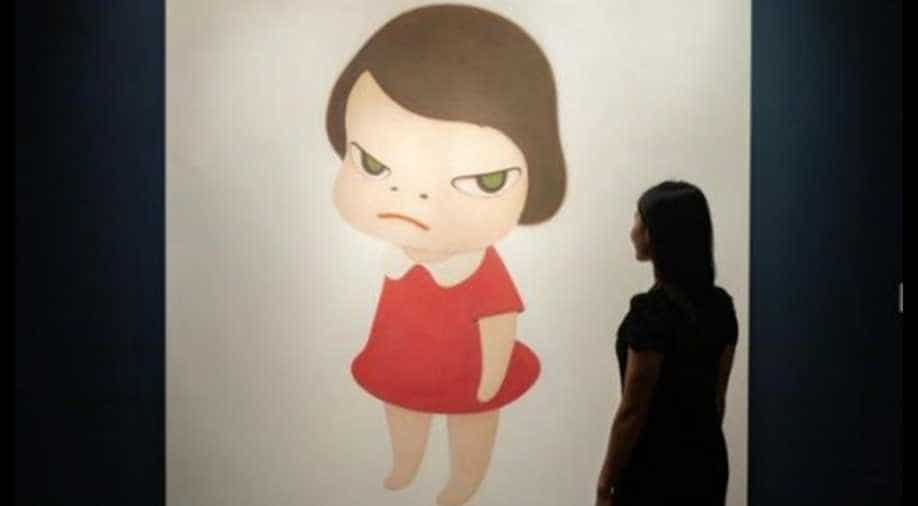 It is made by artist named Yoshitomo Nara. The painting is named ‘Knife Behind Back’ and has set a world record for the Japanese artist.

A painting by Japanese artist has broken all records as it fetched $24.9 million that is approximately Rs 176 crore.

The said painting is that of a cute yet menacing girl. The painting was the highlight of Sunday’s contemporary art auction.

It is made by an artist named Yoshitomo Nara. The painting is named ‘Knife Behind Back’ and has set a world record for the Japanese artist.

The girl in the painting can be seen wearing a red tunic with her hands behind her back.

The auction took place at Hong Kong's convention centre during the Sotheby's 5-day marathon auction. This happened as the city saw protesters firing and throwing petrol bombs and police responding with teargas.

"A new world auction record for Yoshitomo Nara has been achieved in our #HongKong Contemporary Art Evening Sale, with 'Knife Behind Back', sold for HK$196m / US$25m, nearly five times the previous auction record set earlier today," Sotheby's wrote on Twitter while sharing a photo of the painting.

"Knife Behind Back announces a double-edged warning: the painting’s title broadcasts the presence of a weapon, whose absence in the image is made more marked and more menacing. Not only is there a knife, but it is hidden with intent, primed for attack," Sotheby's website said.