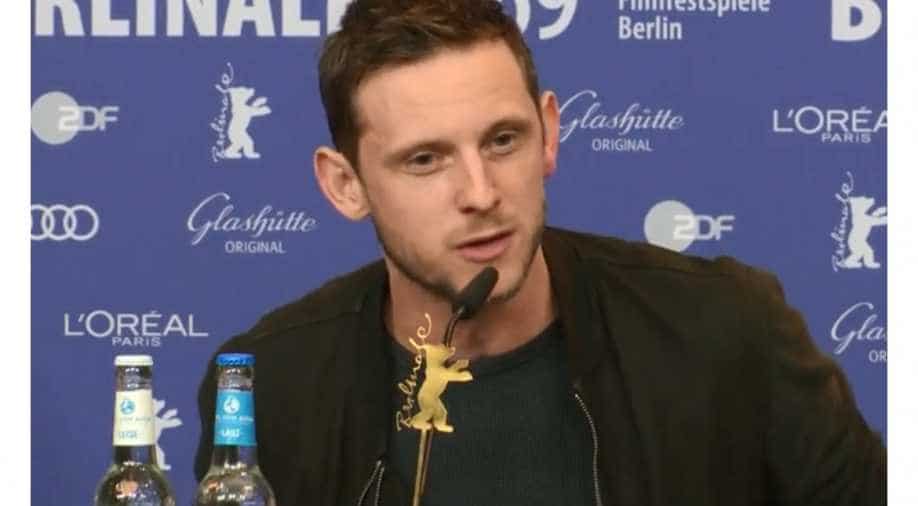 Inspired by a true story, 'Skin' explores the life of Bryon, who is raised by fervent white supremacists, hangs out with other racist skinheads and slashes a black man's face with a knife at a white pride demonstration.

British actor Jamie Bell plays a notorious white supremacist who undergoes painful laser surgery to remove the right-wing tattoos covering his face as he turns his back on the movement in a new movie showing at this year's Berlin Film Festival.

Inspired by a true story, 'Skin' explores the life of Bryon, who is raised by fervent white supremacists, hangs out with other racist skinheads and slashes a black man's face with a knife at a white pride demonstration.

But he begins to change when he falls in love with Julie, who wants to quit the far-right scene. When one of her daughters asks Bryon if he is evil, he begins to wonder whether he is.

Bryon's skinhead crew take him to torch an Islamic centre at night but he feels disgusted when he sees men sleeping in a room there and cannot bring himself to light the match. He leaves the supremacist community in the woodland but his former friends track him down, beat him up and intimidate his family.

In desperation, Bryon turns to Daryle, a black man who helps people quit the supremacist movement in return for information.

"My grandfathers and mothers are Holocaust survivors and it was really important for me to show that you know, in this darkness there's like one light and person who's doing the change to become a better person," said director Guy Nattiv, who met the real-life Bryon Widner to prepare for the movie.

"Now when the world is so crazy I think it's worth telling those stories. You know, of hope, of redemption and forgiveness," Nattiv added.

The movie intersperses shots of Bryon screaming in pain as his tattoos are removed with scenes of his racist days and his struggles to escape that life as white supremacists kill his dog, shoot at his family home and scrawl "traitors" on his car.

Bell, who shot to fame as the teen star of ballet film 'Billy Elliot', said he felt lucky compared to Bryon, who had a turbulent childhood and saw the supremacists as his family.

He said making the film and staying in character with 'hate' tattooed on his face during the shoot made him worried he would 'get killed doing this movie'.

"I remember after Charlottesville I said to him 'I don't think I should do this'," he said, referring to a conversation with Nattiv.

"It's very difficult for me to, you know, after something like that to you know and he persisted. It's important to show, you can't have one without the other. To show love you need the hate, you do."