Is Nick Jonas replacing Ben Affleck in the next Batman movie? 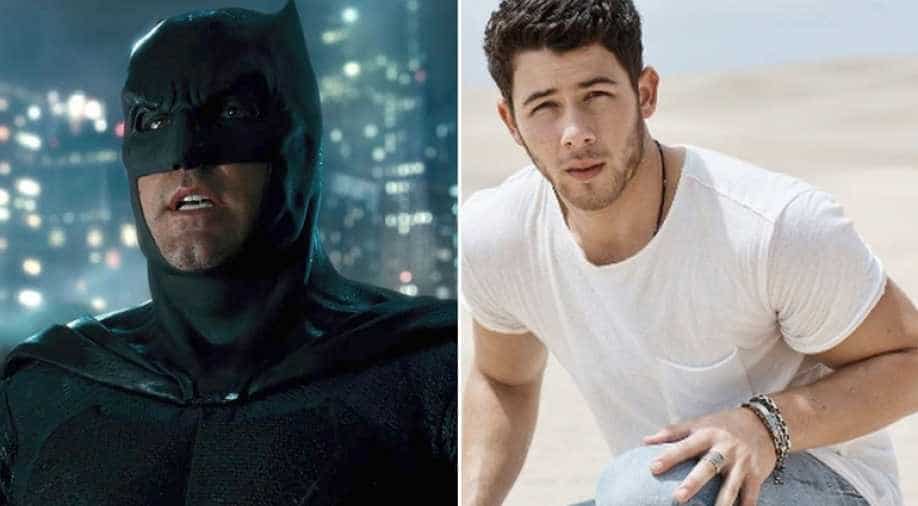 Singer-actor Nick Jonas has expressed his interest in taking up the role of the superhero in the new film.

Ben Affleck may not be part of Matt Reeves' 'The Batman' but makers are yet to confirm his replacement. Affleck who played an older Batman in three films of the franchise has now decided to pass the baton to a reportedly younger actor who will play the superhero in Reeves' film.

Interestingly, while the film's casting is still underway, singer-actor Nick Jonas has expressed his interest in taking up the role.

In an Instagram post by Hypebeast, the publication asked, “@benaffleck will be hanging up his role as Batman. The upcoming Matt Reeves-directed ‘The Batman’ focuses on a younger Bruce Wayne, and will reportedly be casting a new member for the role. It’s slated for a June 25, 2021 release. Who do you think should play The Dark Knight?”

“Excited for #TheBatman in Summer 2021 and to see @MattReevesLA vision come to life,” – his tweet read.