Indian designer said what we all wanted to say to Aishwarya after her recent fashion outing: Sack the stylist 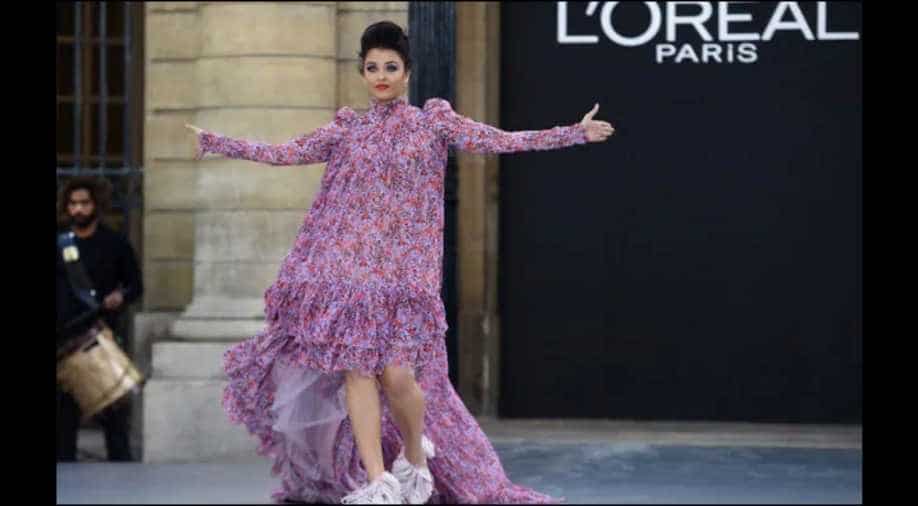 Wendell Rodricks addressed the issue of bad styling with a picture of Aishwarya Rai Bachchan walking for a fashion show in Paris.

Sometimes she stuns, at other times she fails miserably. Aishwarya Rai Bachchan’s sartorial game has been pretty dynamic with a lot of hits and some misses. Like her most recent outing when she appeared on the runway at Paris Fashion Week as a brand ambassador for L'Oreal.

She walked the ramp for the makeup label in a Dolce & Gabbana ensemble for their L'Oreal Paris Le Défilé show. Matching eyeshadow, a bouffant and plumes on her heels; the look was a bit too much to everyone’s taste.

Indian fashion designer Wendell Rodricks took to his Instagram to call out the bad styling and said that the designer should be sacked. He wrote, "L'Oreal, you have one of the prettiest girls in the world and this is how you do her make-up and dress her? Sack the stylist for this sack dress with a note that Halloween is next month."

@loreal you have one of the prettiest girls in the world and this is how you do her make up and dress her? Sack the stylist for this sack dress with a note that Halloween is next month

Aishwarya Rai Bachchan has been in the fashion industry since the year 1994 when she was crowned Miss World.

On the professional front, Aishwarya will be next seen in Mani Ratnam’s film. There was also news of her working with husband Abhishek Bachchan in a film but there hasn't been any confirmation on that front.