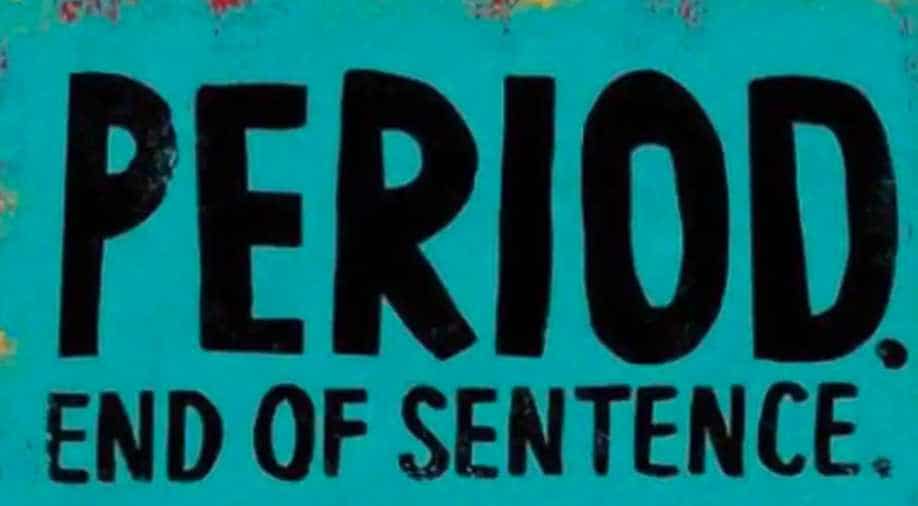 Other documentary shorts nominated in the category were 'Black Sheep', 'End Game', 'Lifeboat' and 'A Night at the Garden'.

A film on menstruation, set in rural India, titled 'Period. End of Sentence', has won the Oscar in the Documentary Short Subject category at the 91st Academy Awards.

Award-winning filmmaker Rayka Zehtabchi has directed the short film, which has been produced by Indian producer Guneet Monga's Sikhya Entertainment. The film came to into being as a part of The Pad Project, started by students at the Oakwood School in Los Angeles and their teacher, Melissa Berton.

"I'm not crying because I'm on my period or anything. I can't believe a film on menstruation won an Oscar", Zehtabchi said in her acceptance speech. She also gave a nod to Monga.

"Guneet Monga - know that you have been empowering women all over the world fight for menstrual equality", she added.

Dedicating the award to her school, Berton said the project was born because her students in Los Angeles and people in India wanted to make a human difference. "I share this award with the Feminist Majority Foundation, the entire team and cast. I share this with the teachers and students around the worlds - a period should end a sentence, not a girl's education", she said.

The documentary feature is set in Hapur village outside Delhi, where women lead a quiet revolution as they fight against the deeply rooted stigma of menstruation. For generations, these women did not have access to sanitary pads, which lead to health issues and girls dropping out from schools. When a sanitary pad vending machine is installed in the village, the women learn to manufacture and market their own pads, empowering their community. They name their brand FLY .

"WE WON!!! To every girl on this earth... Know that you are a goddess... If heavens are listening... Look MA we put @sikhya on the map," Monga tweeted after the win.

Other documentary shorts nominated in the category were 'Black Sheep', 'End Game', 'Lifeboat' and 'A Night at the Garden'.

India's moment at the Oscars comes exactly a decade after A R Rahman and sound engineer Resul Pookutty won the Academy awards for 'Slumdog Millionaire'.