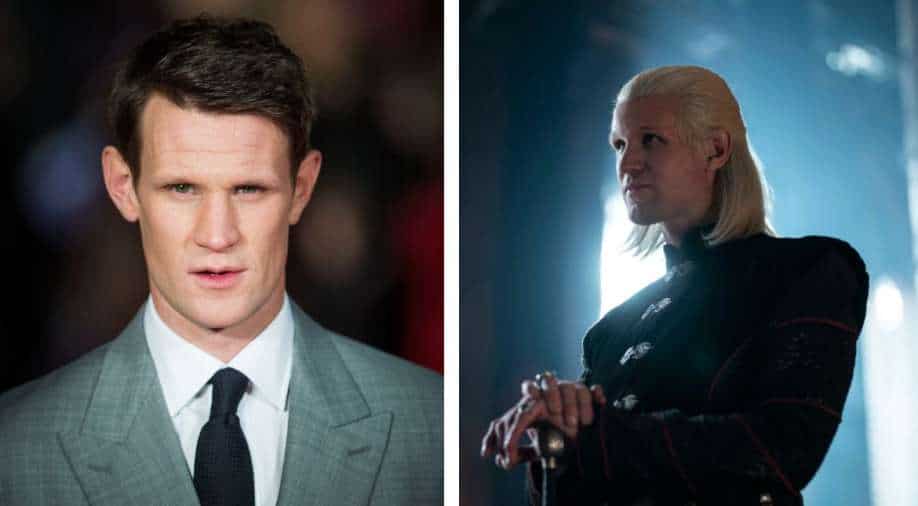 Matt Smith as Prince Daemon Targaryen in 'House of the Dragon' Photograph:( Others )

English actor Matt Smith, who will play Prince Daemon Targaryen in the upcoming 'Game of Thrones' spinoff 'House of Dragon,' admits that the show has a lot of steamy scenes.

‘Game of Thrones’ prequel series ‘House of the Dragon’ is all set to treat its fans with more battles, violence, and deceit. The fantasy drama series, which chronicles the Targaryen family's history, will premiere on August 21, and one of its stars, Matt Smith, in an interview with Rolling Stone, hinted that the spinoff would be filled with plenty of passionate sex scenes like its predecessor. In the conversation, Smith recalls how he was taken by surprise by the count of sex scenes that were included in the series.

He has confirmed that people would see his character getting involved in a lot of bedroom acts. However, he wondered if so many sex scenes that he was a part of were actually needed. "You do find yourself asking, ‘Do we need another sex scene?’" Smith said.

'Game of Thrones' prequel meets Targaryens at height of power

When asked about his views on his character getting to do a number of steamy scenes in the series, he replied with a laugh, "Yeah – slightly too much, if you ask me."

Earlier, the show's creator, Miguel Sapochnik, stated that ‘House of Dragons’ will embrace the rawness that characterised 'Game of Thrones.’

‘House of the Dragon’ has some well-known faces apart from Smith, such as ‘Peaky Blinders’ actor Paddy Considine, Emma D'Arcy, Olivia Cooke, ‘Outlander’ star Graham McTavish, Eve Best, and Steve Toussaint. The prequel is based on George R. R. Martin’s book ‘Fire and Blood.’  It takes place around 200 years before the main events of ‘Game of Thrones’. It will follow the story of a Targaryen civil war, which is called 'The Dance of Dragons'.

‘House of the Dragon’ will debut on HBO on August 21 in the US and on Sky Atlantic in the UK on August 22, along with NOW.