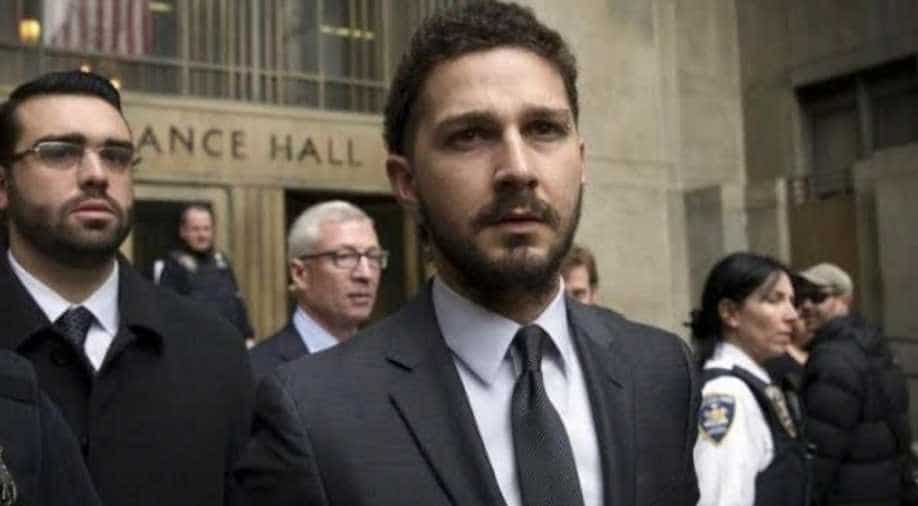 The 'Transformers' star plays a troubled character based on his real-life father who battled alcoholism while looking after young Shia, the child actor.

Shia LaBeouf bares his soul wide open in 'Honey Boy', in what director Alma Har'el called a "cinematic exorcism" of his childhood traumas.

The 'Transformers' star plays a troubled character based on his real-life father who battled alcoholism while looking after young Shia, the child actor.

Israeli director Har'el, who is best known for her documentary work such as 'Bombay Beach' in 2011, makes her feature debut here and called LaBeouf's brave performance very "therapeutic" for the actor.

LaBeouf was in rehab while penning the idea for the film and diagnosed with PTSD (Post-Traumatic Stress Disorder). He was still in recovery when filming began.

Har'el told Reuters on Sunday (October 6) at the film's European premiere that more support and understanding was needed to raise awareness of mental health and alcoholism - the latter she described as a "family illness" as it affects all the family members. It has affected her own. She is also many years sober. Both Har'el and LaBeouf have supported each other throughout, but she learned a lot about his condition from being on set with him.

"I definitely got to understand better a lot of his behaviours and a lot of the things people don't really know about it and what it means to get triggered," she said. "What it means to actually be aggressive because you are actually feeling attacked in a certain moment."

The story sees actors Noah Jupe and Lucas Hedges play 'Otis' at different stages in his life, a character based on a young LaBeouf.

Boy Otis (Jupe) is living in a rundown motel as he earns money acting to support and pay his father and mentor, James (LaBoeuf), but often deals with his father's emotional and physical abuse. Hedges is Otis when he goes into rehab and struggles to control his angry outbursts.

Asked whether LaBeouf's own father, Jeffrey, has seen the film, Har'el said it was tough to watch for him but he was their biggest fan while making it too.

"I would get messages from him on Facebook almost every morning wishing us a good shooting day," she said.

"He is so happy that Shia is sober and that we made this film, and he's been really, kind of a real cheerleader."

'Honey Boy' is on general release in the US from November 8. It is also in Official Competition at the London Film Festival.