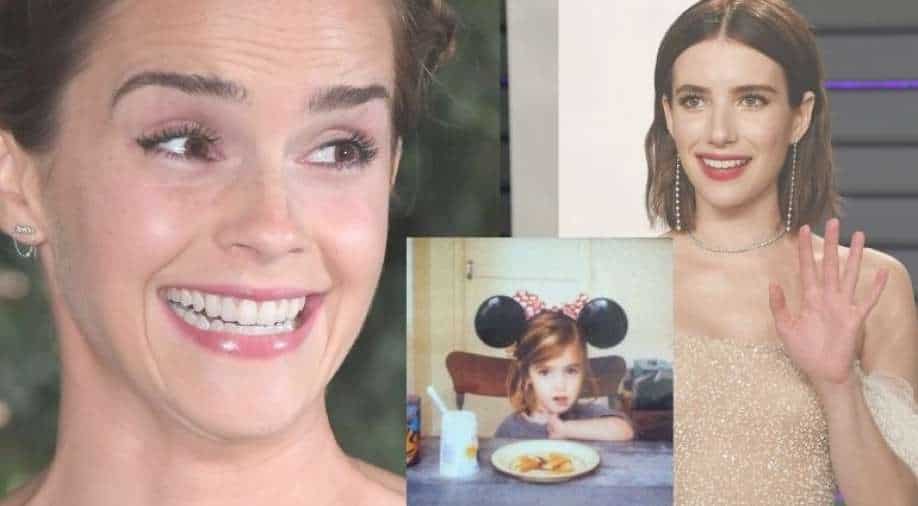 Potterheads were overjoyed as the Harry Potter reunion special was aired on the first of the New year 2022. However, some eagle-eyed viewers found a major photo blunder in the episode.

Mistakenly, the makers had used the childhood image of actress Emma Roberts, instead of Emma Watson, who rose to fame as Hermione Granger in the Harry Potter films.

Reacting to the goof-up, producers of the show admitted their mistake and released a statement promising a new version will be up soon.

From Emma Watson picture blunder to 'GOT' coffee mug guffaw: Here are most epic onscreen goof-ups

"Well spotted Harry Potter fans!" reads the statement via EW. "You brought an editing mistake of a mislabeled photograph to our attention. New version up shortly."

In the sequence of the special, Watson, is talking about how she was obsessed with Harry Potter from a young age. As Watson is describing her love for her role and recalling her obsession with the JK Rowling's books, and how her father used to read books for her and her siblings, a photo of a young girl wearing Mickey Mouse ears features. However, viewers were shocked as they find out that the girl in the photo is in fact Emma Roberts, not Emma Watson.

The same picture Emma Roberts posted on Instagram in 2012 with the caption ''Minnie mouse ears!.''

'The Harry Potter 20th Anniversary: Return to Hogwarts' features iconic star cast Daniel Radcliffe, Emma Watson, Rupert Grint and other members of the film franchise got back together as they reminisce their time on the 'Harry Potter' sets.

Harry Potter reunion is airing on Amazon Prime in India and on HBO Max.