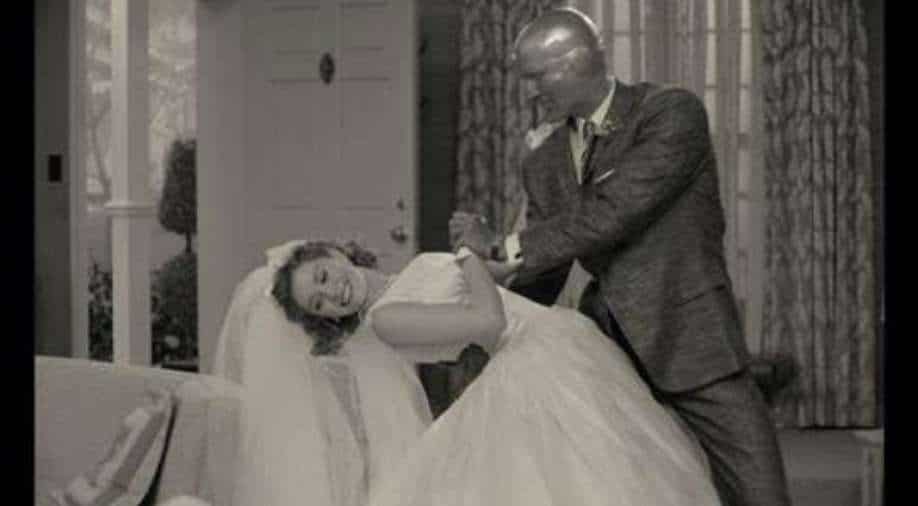 The nine-episode series is the first Marvel has made for Walt Disney Co’s Disney+ streaming service.

The Marvel Cinematic Universe returns to the screen starting Friday in “WandaVision,” a story that takes two popular characters on a trip that alternates between classic American television sitcoms and a modern-day superhero world.

The nine-episode series is the first Marvel has made for Walt Disney Co’s Disney+ streaming service. It follows characters Wanda Maximoff and Vision, who were last seen together when Wanda was looking over Vision’s dead body in 2019 film “Avengers: Endgame.”

In the first episode of “WandaVision,” the pair are alive and all smiles, living a quiet suburban life as a witch and her android husband. The scenes are shot in black and white and in the style of a classic TV comedy such as “Bewitched.” The pair swiftly move through comedies of various eras.

“They are hurtling through the American century in sitcoms,” said Paul Bettany, the actor who plays Vision.

“At some point Vision realizes ‘God, there’s something wrong about this town,’” Bettany added, setting up a collision between the sitcom and Marvel’s cinematic universe “in an epic way.”

Olsen said one viewer told her that usually the audience can tell when a villain will appear, but in “WandaVision” “they don’t even know who the villain is.”

The series also features Monica Rambeau, a character who appeared as an 11-year-old child in 2019 film “Captain Marvel.”

In “WandaVision,” Rambeau (Teyonah Parris) is now grown and debuts in the series as a sitcom character. Parris said she was honored to play Rambeau, who is set to appear in an upcoming film sequel to “Captain Marvel.”

“Having a Black female superhero in this day and age is just ... what a time!” Parris said. “I think she’s going to be special for a lot of people.”