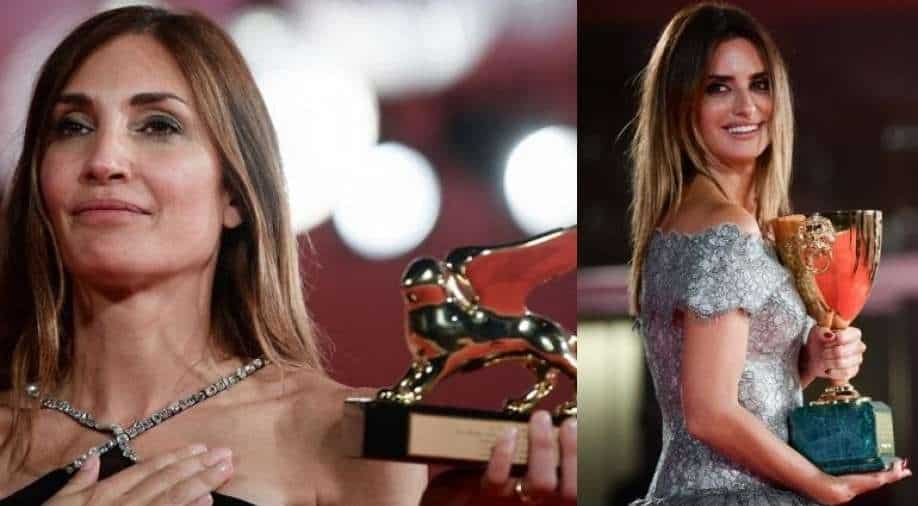 The Venice Film Festival wrapped up Saturday after 21 films from around the world competed for the top prize.

Here are the winners.

The festival's award for best film went to French director Audrey Diwan's 'Happening'. The film follows a 23-year-old university student who desperately tries to get an abortion in 1960s France.

The runner-up prize went to Paolo Sorrentino's autobiographical film set in the Naples of his youth, when football legend Diego Maradona delivered big hopes to the gritty southern city.

Penelope Cruz won for her work in Pedro Almodovar's 'Parallel Mothers', an uncharacteristically political film that sees the Spanish actress as a single mother who faces a mystery surrounding her baby's identity.

Philippine actor John Arcilla won for his star turn in 'On the Job: The Missing 8',  playing a radio host forced to rethink his support for the government after a series of assassinations.

Jane Campion won the top directing prize for 'The Power of the Dog', her first film in more than a decade, starring Benedict Cumberbatch and Kirsten Dunst. Set in Montana in the 1920s the drama follows two brothers who feud after one comes home with a new wife.

Maggie Gyllenhaal's screenplay for her directorial debut, 'The Lost Daughter' was based on a novel by Elena Ferrante. The film starred Olivia Colman as a woman obsessed with another mother and daughter.