'The Handmaid's Tale' season 4 teaser: First look and the wait for normalcy 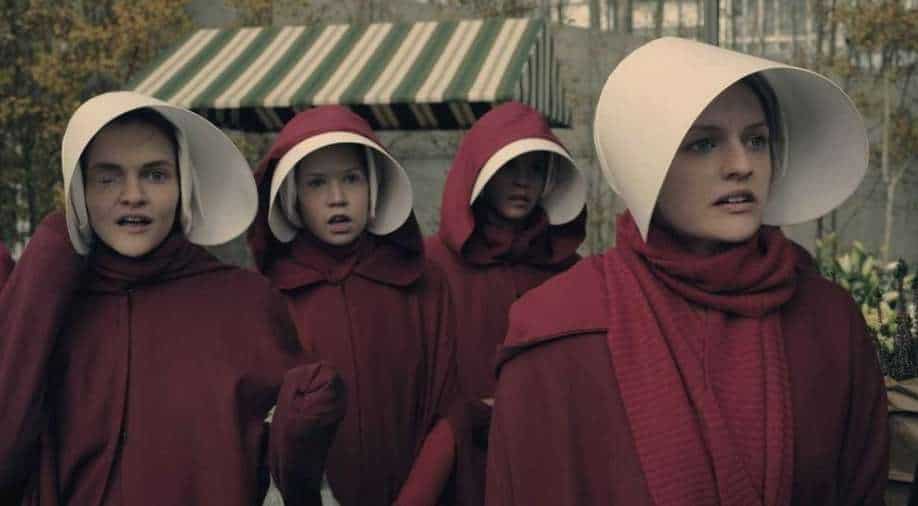 The Handmaid’s Tale returns to Hulu on April 28 with a new season.

As ‘The Handmaid’s Tale’ season 4 teaser released recently, the team behind Hulu drama’s upcoming return discuss the themes dealt with in season 4. The show premiered at a time when everyone thought it resonated with reality under Donald Trump administration in the US.

Now in the post-Trump era, series creator and showrunner Bruce Miller told The Hollywood Reporter, "A lot of this season is about waiting for and expecting things to snap back to normal and [asking], 'why aren't they snapping back to normal? That feeling of, 'when is the world going to settle down after things have changed?' is something we cover in small and large ways."

He continued, "As much as we were addressing the things that came up during the Trump era, we're now addressing the things that come up in the post-Trump era. But that's because the [executive producers and writers] are living in that era. We're not trying to rip stuff from the headlines and put them in television. We are, in fact, just trying to follow our characters through what is a very historical time in Gilead. And, unfortunately, we're going through a historical time [in America] as well."

The fourth season went into production in February of 2020 before shutting down in March amid the ongoing pandemic. When the team returned to set, Miller said many realities about producing the show had to be altered, including reducing the number of people in scenes and locking in locations. "The biggest change was that it was difficult to get our cast into Canada to shoot. So we had to keep people out of episodes because of scheduling,” he said.

The Handmaid’s Tale returns to Hulu on April 28.