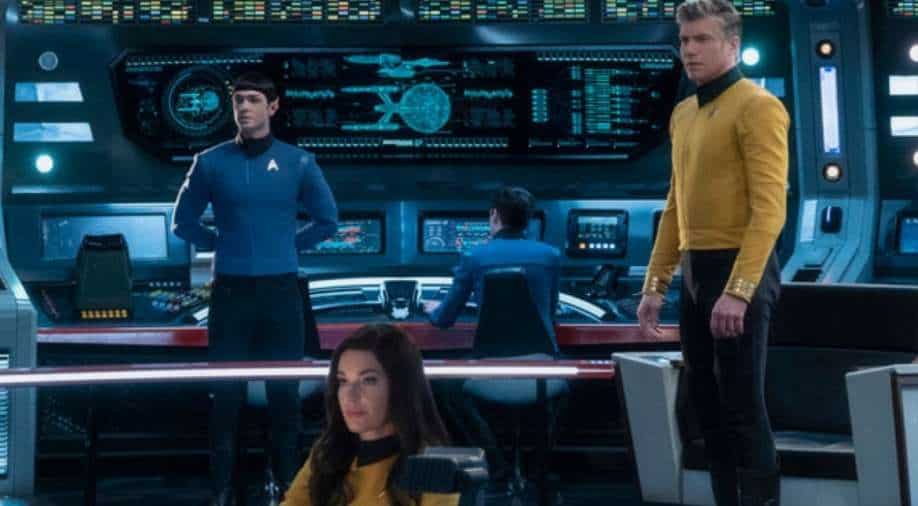 'Star Trek: Strange New Worlds' will debut on May 5 on Paramount Plus.

The first trailer of 'Star Trek: Strange New Worlds,' is out!

Paramount has dropped the trailer of the upcoming series that's centred on the USS Enterprise. This is the first time that the show has returned full-time to the iconic ship since Star Trek: Enterprise ended in the year 2005.

Jared Leto opens up on Morbius and Spider-Man crossover

In the trailer Capt. Christopher Pike (Anson Mount) is seen living in a remote winter cabin on Earth and then the trailer provides several breathtaking glimpses of the snow-filled mountains where he's riding a horse, the space, earth and galaxies. In the back, we heard a voice
over talking about stars, galaxies, children's stories.

''Our first visit from the stars is always the province of children's stories and science fiction -- until one day, it isn't,"

The show is a spin-off from 'Star Trek: Discovery' and a prequel to 'Star Trek: The Original Series', it follows Captain Christopher Pike and the crew of the USS Enterprise.

'Star Trek: Strange New Worlds' will debut on May 5 on Paramount Plus.