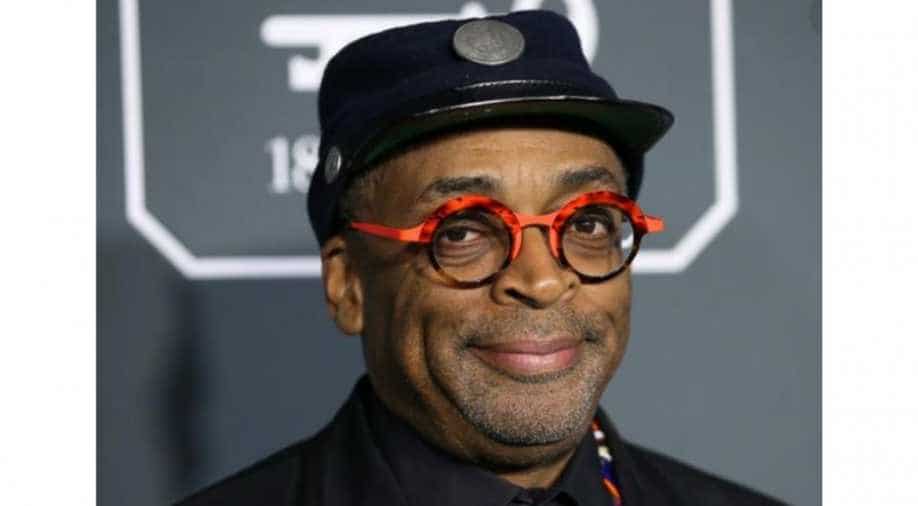 Born Shelton Jackson Lee in Georgia on March 20, 1957, 'Spike' was the son of a jazz musician father and an English teacher mom.

Spike Lee has been captivating and provoking audiences since the 1980s with his frank depictions of America's racial tensions, infused with his signature mix of entertainment, activism and rage.

He is the first Black man to head the jury at the Cannes Film Festival, which helped launch his career back in 1986 when his shoestring debut "She's Gotta Have It" won the Youth Award.

Since then, he has gone on to make several landmark films about Black America, while also branching out into very different styles. In the process, he has blazed a trail for new generations of Black filmmakers.

Michael Genet, an actor and screenwriter who penned the script for Lee's 2004 comedy 'She Hate Me', says Lee "opened the doors for everybody who's come after him."

Born Shelton Jackson Lee in Georgia on March 20, 1957, 'Spike' was the son of a jazz musician father and an English teacher mom.  He was primarily raised in Brooklyn, which is home to his production company 40 Acres and a Mule Filmworks.

A small man with a piercing gaze from behind his round glasses, Lee graduated from Atlanta's Morehouse College, a historically Black, all-male school, with a communications degree, before moving on to a master's in film and television at New York University.

In the summer of 1985, Lee filmed "She's Gotta Have It" in two weeks in Brooklyn's Fort Greene neighbourhood, and took one of the key roles himself as motor-mouthed Mars Blackmon.

John Canada Terrell, one of his co-stars, described Lee as a "very strange cerebral kind of cat."

The black-and-white feature was his breakout moment, but it was the follow-up, 1989's "Do the Right Thing" that established him as one of the stand-out directors of his generation.

Exploring Brooklyn's racial tensions across one sweltering day, it is now seen as one of the defining movies of the decade.

"Spike was always quiet. He kept to himself but I called him the idea man," recalls Herbert Eichelberger, an associate professor of film at Clark Atlanta University whom Lee calls his mentor.

"He would come with all kinds of ideas about doing films and making certain kinds of approaches to a situation." Eichelberger remembers that "from the start, he was a good storyteller." He thought Lee's career would be focused on documentaries, given his keen powers of observation of society around him.

But Lee would only embrace that format in 1997 with '4 Little Girls' -- the Oscar-nominated story of the racially motivated bombing of an African-American church during the US civil rights movement.

Lee instead established himself as a force to be reckoned with in cinema, producing films that often had a political bent like 'Malcolm X' and 'Jungle Fever'. He managed to keep the Hollywood machine at arm's length, maintaining control of his own marketing, distribution and editing, with mostly Black casts.

But Lee has refused to be typecast and has tried his hand in many different genres.  These have included a heist drama, 'Inside Man', and a remake of Korean martial arts revenge flick 'Old Boy'.

Though always shot through with political commentary, his recent films have returned to some of his earlier themes, to great critical success.  'BlacKkKlansman', about a Black FBI agent infiltrating the Ku Klux Klan, won him the second-place Grand Prix at Cannes, and best-adapted screenplay at the Academy Awards, his first Oscar not counting an honorary award in 2015.

His most recent film, 'Da 5 Bloods', about Black veterans from the Vietnam war, was another critical success -- and part of a recent tie-up with Netflix that also saw him direct a TV adaptation of "She's Gotta Have It".

Lee is also a lifelong basketball fan and a fixture at New York Knicks games. He made a series of black-and-white Nike ads in the 1980s and 1990s, in character as Mars Blackmon alongside NBA legend Michael Jordan, that changed sports marketing forever.