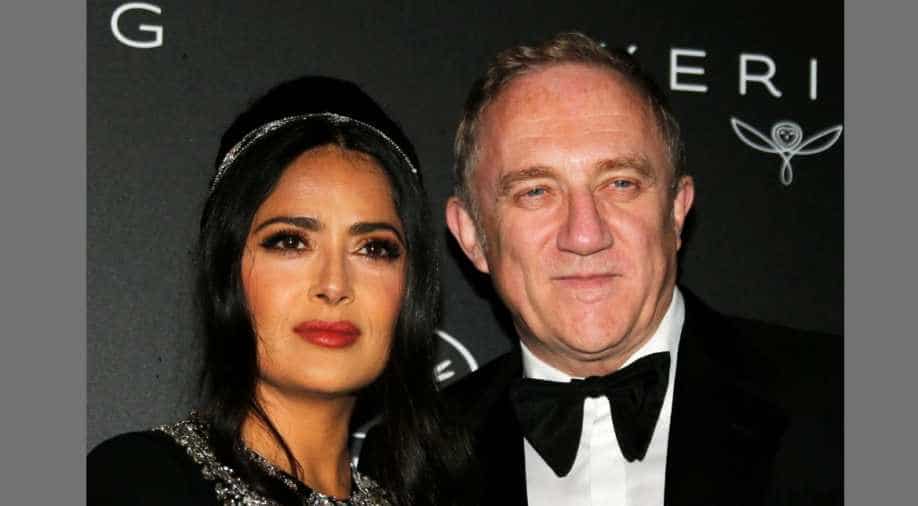 The couple got married in 2009 and ever since the actress has been accused of marrying the Kering CEO for his money.

Salma Hayek is on a full disclosure mode these days. After opening up about why she has been posting bikini photos of herself on social media, the actress has now addressed an old rumour about her marriage to Fresh businessman François-Henri Pinault.

The couple got married in 2009 and ever since the actress has been accused of marrying the Kering CEO for his money.

During Dax Shepard's podcast, Hayek opened up about how there is a wrong perception of Pinault.

"You know the thing is that in pictures you cannot begin to guess the magic in him," said Hayek. "He's made me become a much better person, and grow in such a good, healthy way."

She continued, "And you know when I married him, everybody said, 'Oh, it's an arranged marriage, she married him for the money. I'm like, 'yeah, whatever, b---h.' Think what you want: 15 years together, and we are strong in love."

Hayek admitted that she was aware of Pinault’s wealth when she met him but his bank account was “the last thing” she wanted to be associated with.

Hayek also admitted to having felt 'offended' at being called a gold digger but also pointed out that while many do marry for money, rich men like her husband are subjected to a certain kind of 'discrimination' that makes everyone believe that they are unworthy of real love.

Shepard admitted he was also initially very sceptical about the actress and Pinault's marriage. "I was like, oh, OK, she married a rich guy, maybe that's why she married him, I don't know. I meet him and I'm like, this guy is so foxy — oh my God, the confidence, his eyes, he's so good-looking and charming and I was like, oh, this motherf--ker could've been broke. He's a bombshell."

She said that she wasn't immune to such preconceptions either.

"And I had that by the way. It was the last thing I wanted — it was not my type at all. And I came in with the preconceptions and he (melted) them all away," admitted Hayek.

Hayek also took the opportunity to appreciate her husband's willingness to spend time with family and not thinking of work all the time.

"My guy finishes work, no matter how hard it was — and trust me he has a lot of responsibilities — [with a] big smile on his face, happy to be home, happy to see me and the kids, make us laugh," she gushed. "When we go on vacation he completely shuts off, he's in the moment. And so it's not just an insult to me — I'm not the one being judged only. 'Oh, she's an actor, she's going for the money.' They cannot begin to imagine what a joy that human being is."

The couple has been married for over a decade now and has two children together.