'Oslo' movie review: Not a better time for this HBO drama on 1993 Israel-Palestine peace talks 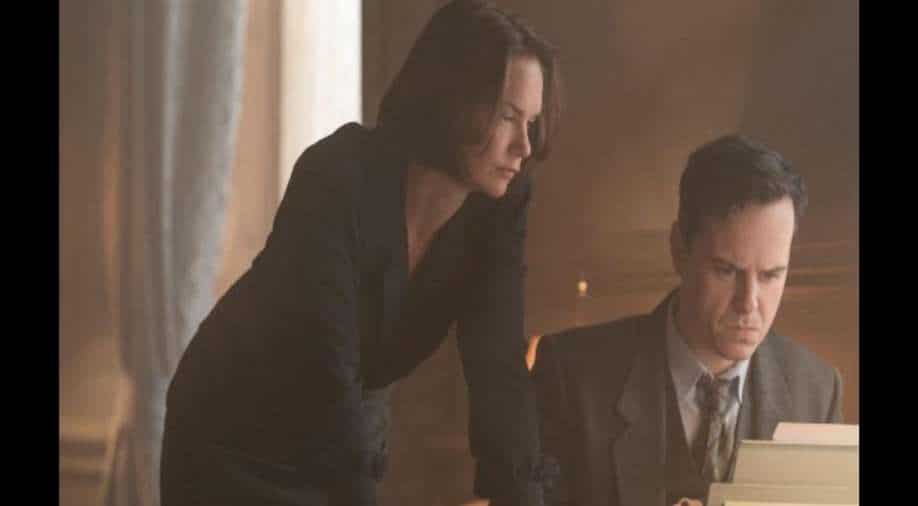 There could never be a better time for a film like ‘Oslo’ that premiered on Disney+ Hotstar in India on May 29 and looks at Israel-Palestine decades-old conflict through the prism of peace accords that were signed between the countries in 1993 with the help of a Norweigian couple backed by their government.

Adapted from American playwright JT Rogers’ play of the same name, ‘Oslo’ director Bartlett Sher brings us a dramatised version of events that led to the signing of Oslo peace accords between arch enemies Israel and Palestine. While history remembers the famous handshake between the-then PLO (Palestine Liberation Organisation) leader Yasser Arafat and Israeli Prime Minister Yitzhak Rabin as the US President Bill Clinton stood beside them -- the world looked on with disbelief as the two vowed to step back from violence and bring a new world order in 1993, ‘Oslo’ puts to light the very eventful nights and days that made it possible. That too a backchannel, unofficial round of discussions between 1992 and 1993.

The HBO film, as it deals with the complexities of the geo-political issue, carefully treads with its characterisation of the PLO leaders, Israeli diplomats who were a part of the under-the table discussions, so as to step away from making them caricaturish while it balances its weighs on how much the world truly understands their fight for land, their exertion of need of legitimacy of the cause and intricacies that follow with any matter of occupation of any land and its people.

‘Oslo’ in its entirety makes no claim to know it all and does not look like a textbook explanation of the conflict. It is not a documentary and it does not claim to be. The film, however does bring the White view on the Middle Eastern crisis but that can be given a passing considering it’s from the view of two Norwegians who facilitate a peace deal between the two warring parties without offering a solution or edging towards one party more. Andrew Scott as Terje Rød-Larsen, director of think tank Fafo Foundation and wife Ruth Wilson, a Norwegian diplomat Mona Juul are brilliant in their scope. They never offer an opinion, never meddle, never sit with them on the table as the negotiations go on until the very last brokerage -- helping the film stray away from criticism of being partial to any side. Other actors, Salim Daw, Jeff Wilbusch, Yair Hirschfeld, and Igal Naor are convincing in their roles.

The film runs linear mostly with a very simple style of storytelling, inviting the viewer to explore the history on their own to get an in-depth understanding outside of the movie's scope. It’s a film that is high on human emotions and drama rather than being a history lesson.